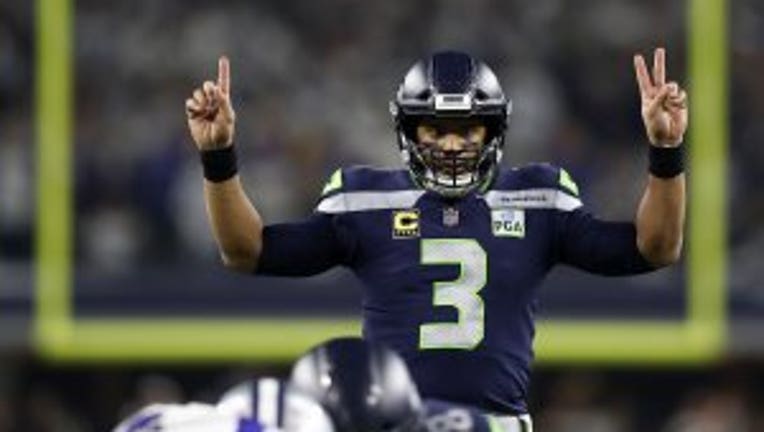 SEATTLE - In Pete Carroll’s tenure as coach of the Seattle Seahawks, there have come a few tipping point moments.

There was the decision to name Russell Wilson the starting quarterback as a rookie in 2012, or saying goodbye to key pieces of a Super Bowl roster when the time came for a refresh several years after winning the title.

The 2021 season is shaping up as another of those pivotal seasons.

After an offseason of drama, including questions about Wilson’s future in Seattle, the Seahawks enter this season again with expectations of being a contender.

And Carroll, who will turn 70 in mid-September but is as youthful as ever, may be starting to run short on possible chances of winning another title.

"We’re trying to chase that Lombardi. If anybody tells you anything different, they’re wrong," Seattle tight end Gerald Everett said. "We’re coming to work, and trying to compete to our best capabilities, and bring our hard hats to work every day and see what comes out of it."

The group assembled for Seattle may have the widest variable for potential outcomes since the first couple of seasons under Carroll. The talent among the starters on both sides of the ball is undeniable and should make Seattle contenders in the loaded NFC West.

But the depth beyond those starters appears perilously thin in some spots. One or two key injuries seem to have the chance to derail the Seahawks’ hopes.

It creates a tenuous precipice for Seattle to navigate for 17 games. And should the Seahawks fail, all the rumors from the past offseason about the future direction of the franchise and Wilson’s role in that will likely bubble to the surface again.

Shane Waldron arrived in Seattle with the endorsement of Sean McVay and the task of modernizing the Seahawks’ offense with Wilson in command. That’s not an easy considering the expectations of expanding on what the Seahawks offense has shown in the past.

Throughout training camp, the buzz words have been around tempo and balance. Seattle wants to get the ball out of Wilson’s hands and let its talented playmakers go to work. It wants Chris Carson and a stable of running backs to control the ground game, while allowing DK Metcalf, Tyler Lockett and Everett be threats in the passing game beyond deep balls or short scrambling passes.

"I think we can be the number one offense in football, I don’t see why not. We’re up for it, we’re ready," Wilson said.

Jamal Adams got paid and in doing so the Seahawks are now free to use their do-everything defensive weapon perhaps in ways they were unable to a season ago.