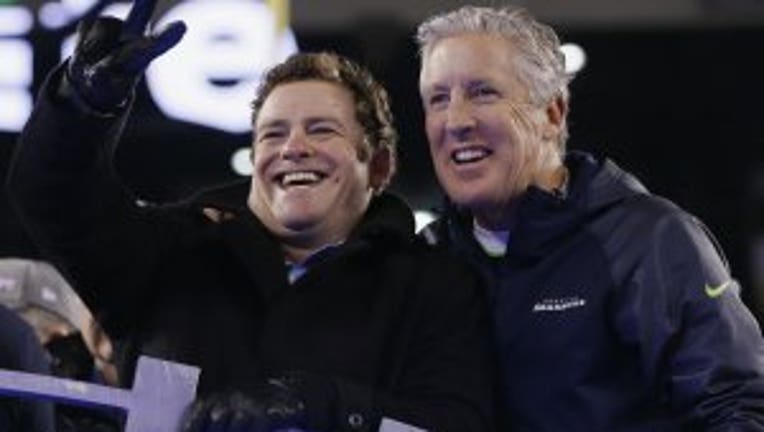 "I am pleased to announce that we have extended the contract of general manager John Schneider through the 2027 draft," said Jody Allen, chair of the Seattle Seahawks. "For the last decade, John and head coach Pete Carroll have formed a tremendous partnership and the Seahawks have established a successful, unique, and truly winning culture respected throughout sports. I know we are all excited to see that continue."

Schneider is in his 11th season as Seattle's GM.

The Seahawks have reached the postseason nine times in his 11 seasons, reaching the Super Bowl twice. The team has also won five NFC West titles in that time.

Seattle also has nine straight winning seasons which is the longest current streak in the NFL.

Earlier this season, the team announced it had reached an agreement with Head Coach Pete Carroll to extend his contract through the 2025 season.

Seahawks superfan and Fan of the Year, Mama Blue celebrates her 90th birthday with family and friends.