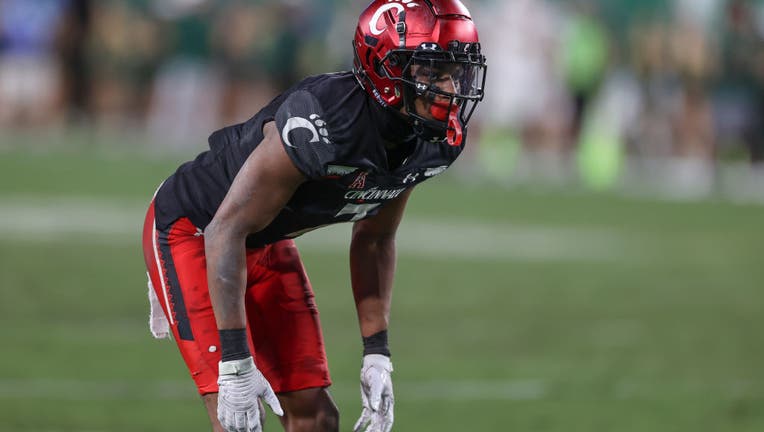 RENTON, Wash. - The Seattle Seahawks selected Cincinnati cornerback Coby Bryant, winner of the Jim Thorpe Award as college football's best defensive back, with their fourth round draft pick on Saturday.

Bryant, 23, was a four-year starter for the Bearcats. He finished his career with 172 total tackles, 10 interceptions, 45 passes defended and five forced fumbles.

"I would say I'm a physical you know physical corner as well as high football IQ," Bryant said in a conference call with reporters on Saturday. "And then most importantly, you know, I feel like I make a lot of plays on the ball. So I would say my ball skills are the best in the draft."

Playing opposite No. 4 overall pick Ahmad "Sauce" Gardner, Bryant was a frequent target of opposing offenses and held his own.

Bryant was named after former Los Angeles Lakers star Kobe Bryant. Despite being from Ohio, Bryant said his parents admired the late NBA superstar, though they changed the spelling of his name.

Bryant said that he watched the Legion of Boom era secondary a lot and it was a group he admired growing up.

"I watched them a lot actually," he said. "My dad used to always talk to me about Richard Sherman and Earl Thomas growing up, and Kam Chancellor. So I watched those guys growing up. They're actually my favorite group of DBs growing up. I'm not that old so I can't really go back too far with that. So you know, those were kind of like, you know, my guys that I always used to watch and look up to."