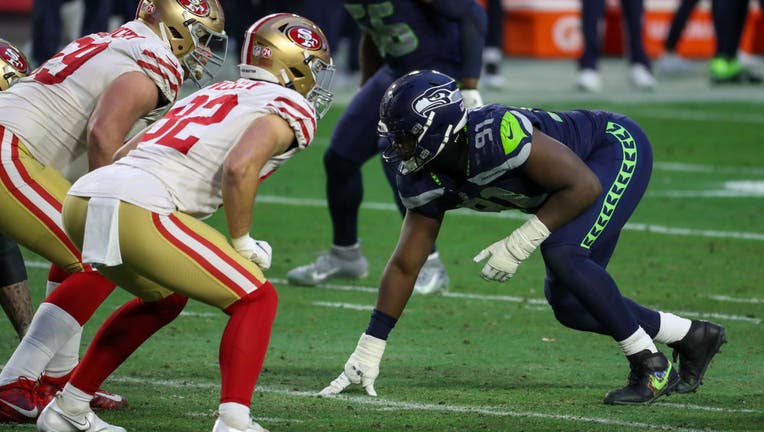 RENTON, Wash. - The Seattle Seahawks designated defensive end L.J. Collier to return from injured reserve after missing the first four weeks of the season with an elbow injury.

Collier has been out since mid-August when he was injured in the team's mock game scrimmage at Lumen Field. He was kept on the team's initial 53-man roster before being moved to injured reserve, which preserved his eligibility to return to the roster this season.

Head coach Pete Carroll said Wednesday there is a realistic chance that Collier could play this week against the New Orleans Saints.

"He's got to put together a great week," Carroll said. "Generally we like to go a couple weeks, you know, getting a guy back. He's been working really hard and it's an elbow injury, so it's not his legs. He's in really good shape right now. We got to see what happens though, see how the week goes."

Collier has appeared in 37 games with 16 starts over the last three seasons for Seattle after being a first-round pick in 2019. After starting every game in 2020, Collier was relegated to a rotational piece last year that was inactive for several games.

The Seahawks have a 21-day window for Collier to practice with the team before he has to be added back to the active roster. If he was unable to return, he'd remain on injured reserve for the rest of the season. Seattle will need to clear a spot on their active roster in order for Collier to play this week, though that could come from placing defensive end Darryl Johnson on injured reserve after he injured his foot in Sunday's win over the Detroit Lions.

Seattle also signed center Joey Hunt to the practice squad to fill the vacancy created by the release of cornerback Quandre Mosely. Hunt appeared in 34 games with 11 starts for Seattle from 2016-2019 after being a sixth-round pick in 2016.