But away from football, he's building bonds with kids who have a parent locked up in prison, and he has a very personal reason for investing in them.

Clowney has delivered some of the Seahawks' most memorable plays of the season. For him, every shining moment brings new opportunities.

"The platform, I want to use it to the best of my ability to give back to kids," he said.

Kids who face the same struggles he did while growing up. Clowney has vivid memories of his sister and his mother, but during his early years in South Carolina, none that include his father.

His father spent 11 years in prison starting when Clowney was 2 years old.

Clowney's mother worked long hours at a Frito Lay plant to provide for her kids. When he became the first overall pick int he 2014 draft, the tears flowed and soon after so did the generosity to help his mom retire.

"I bought her a house when I got drafted," he said. "It was the greatest feeling in the world. 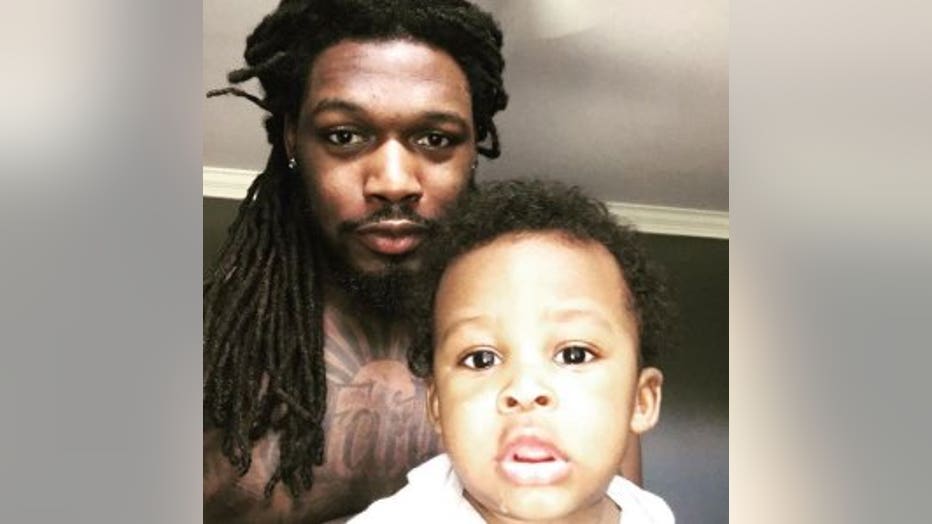 Clowney also wanted to become the father he never had to his now 4-year-old son.

"I just want to be there as his motivation, his support, no matter through what," he said. "I'm going to be his corner through everything."

And he's sharing that support, teaming up with Big Brothers Big Sisters and providing a holiday surprise for 26 local kids, many who have parents in prison.

"I'm about to give each one of y'all $200 gift cards to go shopping in Target tonight to get whatever y'all want," he told the kids.

Clowney says he sees himself in the kids.

"For me to be here today, to give back to these kids," he said. "It's exciting to me because it's stuff I wanted growing up."