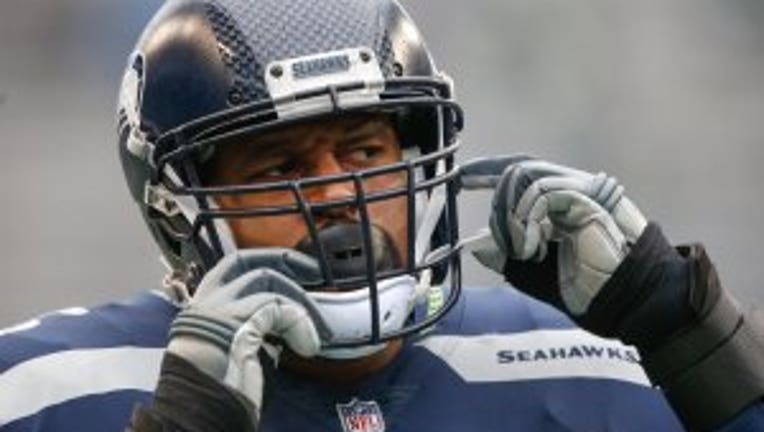 SEATTLE, WA - NOVEMBER 05: Offensive tackle Duane Brown #76 of the Seattle Seahawks warms up prior to the game against the Washington Redskins at CenturyLink Field on November 5, 2017 in Seattle, Washington. (Photo by Otto Greule Jr/Getty Images)

RENTON, Wash. (AP) — The Seattle Seahawks could be without starting offensive linemen Duane Brown and D.J. Fluker for Sunday's game at Cleveland.

Brown and Fluker were both listed as doubtful on Friday's injury report. Fluker left Seattle's game against the Los Angeles Rams with a hamstring injury, while Brown has played through a biceps injury for a couple of weeks.

Coach Pete Carroll said Brown's injury is uncomfortable and has not responded the way Seattle hoped. Carroll did not definitively rule out either player against the Browns, but the Seahawks could have some significant shuffling on the offensive line if both can't go.

Converted tackle Jamarco Jones would likely start at right guard in place of Fluker, with George Fant stepping in at left tackle if Brown can't play.

The Seahawks may also need to sign an offensive lineman from the practice squad to have enough depth with backup guard Ethan Pocic ruled out after missing practice Friday due to a back injury.