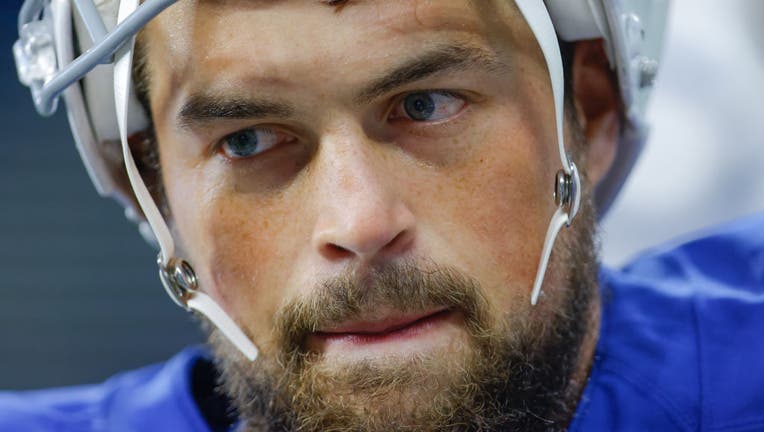 INDIANAPOLIS, IN - SEPTEMBER 12: Jacob Eason #9 of the Indianapolis Colts is seen before the game against the Seattle Seahawks at Lucas Oil Stadium on September 12, 2021 in Indianapolis, Indiana. (Photo by Michael Hickey/Getty Images)

SEATTLE - The Seattle Seahawks claimed Jacob Eason off waivers on Wednesday, adding another quarterback to the roster while Russell Wilson is out following finger surgery.

Eason was waived by the Indianapolis Colts on Tuesday. He was a fourth-round pick of the Colts in 2020, but has appeared in just one game, attempting five passes earlier this season against the Los Angeles Rams.

Eason will be returning to his home state to the Seahawks. He was one of the top recruits in the country as a high school senior in Lake Stevens, Washington and started his college career at Georgia. Eason transferred home to Washington following his sophomore season and was a one-year starter for the Huskies in 2019. Eason threw for 3,132 yards and 23 touchdowns in his only season for the Huskies.