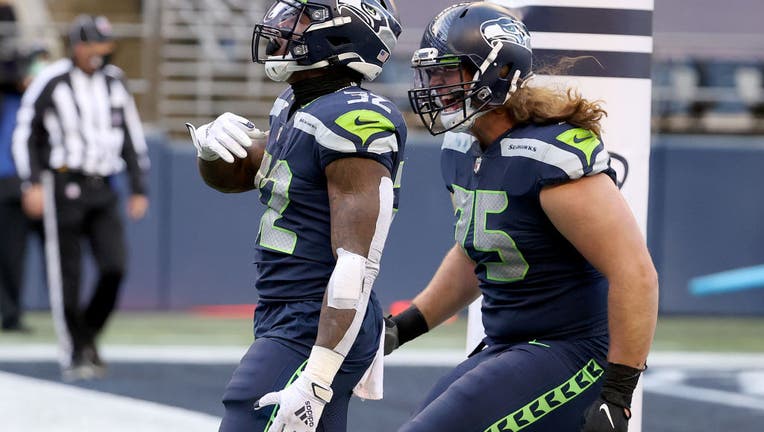 SEATTLE - From jumping out to the best record in the NFC early on, to a midseason swoon that had them tumble as possible contenders, the Seattle Seahawks go into the final two weeks where they hoped they would be.

The route may have been circuitous at times, but Pete Carroll’s crew will control what happens in the NFC West with two weeks to go.

Seattle (10-4) can win the NFC West for the first time since 2016 with a victory on Sunday over the Los Angeles Rams. A season ago, Seattle stumbled in Week 17 with a chance to win the division and lost at home to San Francisco, a conclusion to the regular season that was decided by a few inches. 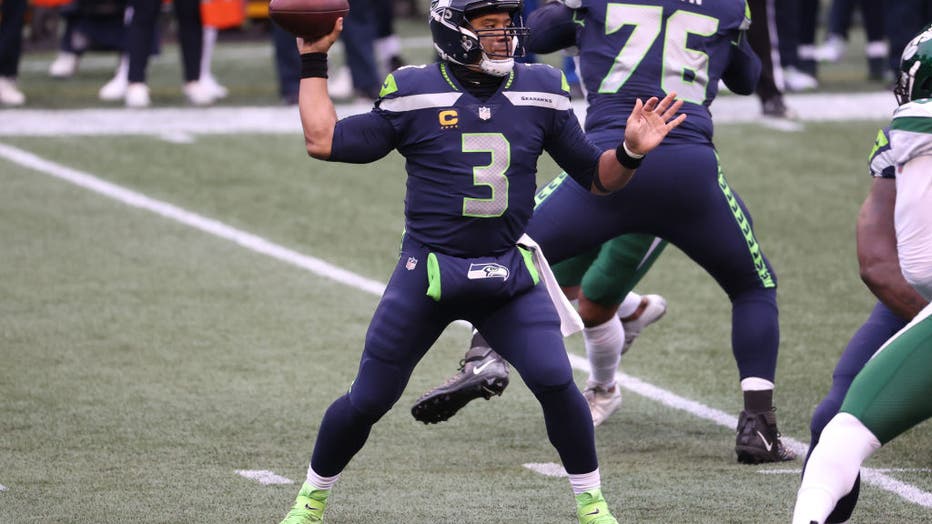 This time around, the opponent is different but the opportunity is the same for Seattle: A chance to win the division, ensure a home playoff game and keep alive the slim hopes of the No. 1 seed in the NFC.

"To be in a position to be able to win the NFC West, this is what we kind of shoot for, and everything else, all the other goals kind of take care of itself," Seattle linebacker Bobby Wagner said.

The Rams (9-5) would have been in prime position for its second division title in three years had they not faltered a week ago losing to the winless New York Jets. The same team that Seattle hammered 40-3 a week earlier pulled off the stunner of the season in beating the Rams.

Los Angeles can still claim the division with a wins over Seattle and in Week 17 against Arizona. The Rams also need one more win — or some help from others — to clinch a postseason berth.

"Sometimes those tough losses with the right teams can come at a moment where you can create a sense of urgency that’s required and certainly this week is a big game for us," Rams coach Sean McVay said.

Los Angeles dominated the first matchup with Seattle even if it ended up being a 23-16 victory.

The Rams sacked Russell Wilson a season-high six times and neutralized wide receiver DK Metcalf as he was shadowed by Jalen Ramsey most of the game. Metcalf had two catches for 28 yards.

McVay was quick to point out that Seattle was without its top two running backs in Chris Carson and Carlos Hyde in the first meeting. Alex Collins was Seattle’s primary running back in the November meeting.

"Getting those runners back and how they’ve run the football has definitely made them even more of a challenge than they already were as a great offense," McVay said.

The Rams’ debacle against the Jets underlined a major collective flaw in their offense: The inability to finish drives consistently. Los Angeles is averaging nearly 32 points in its last six meetings with the Seahawks, but not much from the past two months suggests the Rams will fix their problems against Seattle this time.

Los Angeles is eighth in the league in total yards (383.2) and 10th in red zone touchdown percentage (64.7%), yet just 17th in points (24.6). The Rams have also run fewer plays while trailing than only seven other teams, which means they aren’t racking up empty-calorie yards late in losses. In fact, four of their five losses ended up as one-possession games, and they’ve topped 20 points just once in defeat.

For most of the past six weeks, the Seahawks’ defense has been among the better units in the league. The change started for Seattle at halftime of the first meeting with the Rams. Seattle held Los Angeles to six points and 114 yards in the second half.

Since that game, the Seahawks have held three of their past five opponents to under 300 total yards, and Arizona’s 21 points in Week 11 are the most allowed by Seattle.

The Rams have the NFL’s best passing defense, yielding 192 yards per game and a league-low 15 touchdown passes against 13 interceptions. Opposite Ramsey, cornerback Darious Williams has been a breakout star as one of the NFL’s top-graded cover men this year. Safety John Johnson leads the Rams in tackles and captains the defense, while rookie safety Jordan Fuller has been surprisingly effective as a starter both before and after injuries to Taylor Rapp.

Much of the secondary’s success is predicated on an aggressive pass rush that has produced 44 sacks, second most in the league, despite sitting near the bottom of the league in quarterback hurries. Aaron Donald is second in the NFL with 12½ sacks, while Leonard Floyd has added 7½ and Michael Brockers has 5½.