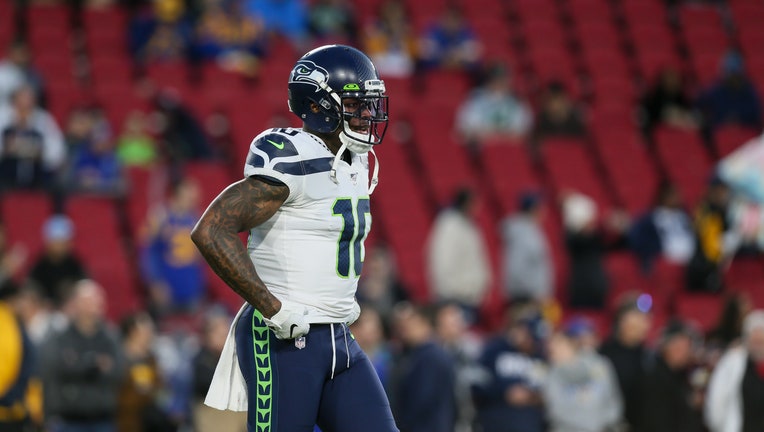 RENTON, Wash. - The Seattle Seahawks are bringing back wide receiver Josh Gordon on a one-year deal even as the talented pass catcher awaits reinstatement from the NFL after his latest suspension.

Gordon’s signing was confirmed on Twitter by his agent David Canter on Thursday, just two days before the Seahawks must cut their roster to 53 players. Seattle is holding its final practice of training camp later Thursday. Gordon is the second veteran signed by the team in the past week, joining Paul Richardson.

Gordon was suspended indefinitely by the NFL last December for violating the league’s drug policy. Gordon tested positive for performance enhancers and “substances of abuse,” the league said in a statement at the time.

He applied for reinstatement in June and is still awaiting word from the league.

Gordon, 29, has been suspended eight times overall by either his team or the NFL, including six times since 2013, mostly for violating the league’s policies on banned substances.

Gordon signed with Seattle midway through last season after he was released by New England. He made a strong impression in the Seahawks locker room even with limited production on the field. Gordon made just seven catches for 139 yards over five games. But he found an advocate in quarterback Russell Wilson, who made a connection with Gordon during his short time with the Seahawks.

“I think I’m fortunate in general to have landed in a place like this with coaches like this,” Gordon said last year prior to his suspension. “The coaching staff, the organization from the top down, the guys, it’s real family like. It’s real close, real tight-knit, real energetic group and real competitive. They love the game of football. You can see it, and it’s a great feeling to come back to football and enjoy what you do and then be able to have fun with it.”

A 2012 second-round draft pick by the Cleveland Browns, Gordon was also suspended for the first two games of the 2013 season for a substance-abuse policy violation, yet still caught 87 passes for nine touchdowns and a league-leading 1,646 yards and was voted to the All-Pro team.