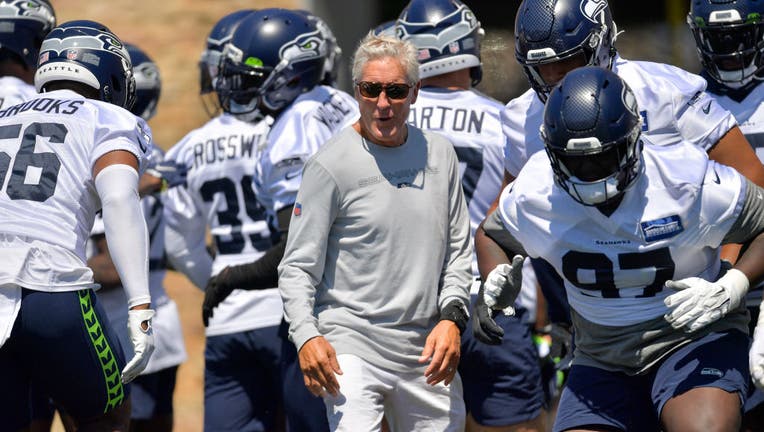 The Seattle Seahawks announced on Tuesday that 13 practices will be open to fans during the team's training camp set to begin on July 27 at the Virginia Mason Athletic Center.

Twelve practice will take place at the VMAC with the team holding their "mock game" scrimmage at Lumen Field on August 6.

Fans interested in attending the practices can do so beginning at 10:00 a.m. on Wednesday at: www.seahawks.com/trainingcamp.

Registration will be available on a first-come, first-served basis. Fans 15 years or younger must be accompanied by an adult.

The Seahawks announced they will host a "12 North" day for Canadian fans, as well as a Kids Day and a Military Day. Two of the public dates – July 27 and August 5 – will be exclusive to season ticket holders. Season tickets holders will have access to an online pre-registration window.

A $12 transportation fee will be charged per person to attend practices as fans will be required to park off-site at the Landing in Renton and be shuttled to the facility before each practice. Tickets for the practice at Lumen Field on August 6 will be $17 with parking available for an additional fee.

Veterans and rookies are set to report on July 26 with the first practice taking place the following day. The first preseason game will be at the Pittsburgh Steelers on August 13.

The regular season opens on Monday Night Football with Russell Wilson and the Denver Broncos returning to Seattle on Sept. 12.