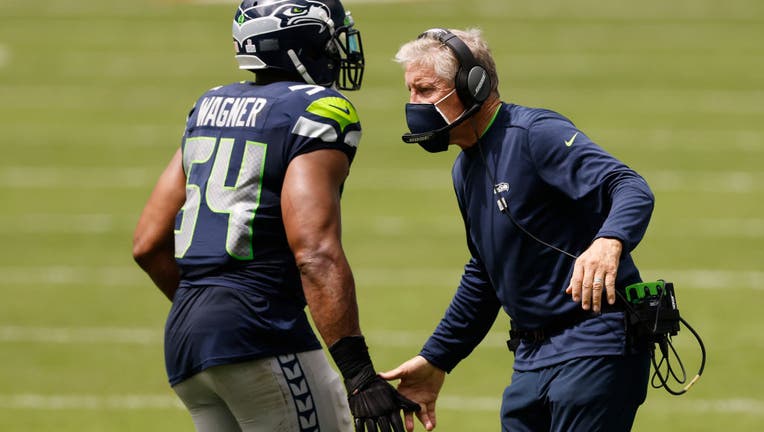 RENTON, Wash. - Seattle Seahawks general manager John Schneider and head coach Pete Carroll both tried to take the blame for Bobby Wagner finding out about his impending release from a source other than them.

"That’s on me. I own that," Schneider said on Wednesday. "I wish I could’ve handled things better in that regard, from a communication standpoint. I owe it to him, the organization owes it to him."

Wagner said on his Twitter account last week that he didn’t hear the news from "them." It’s unclear exactly who the "them" is in his tweet. Presumably, it would be Schneider and Carroll and not just another Seahawks representative that he is referring to.

"Crazy part about all this. I played there for 10 years & I didn’t even hear it from them that I wasn’t coming back," Wagner wrote.

Carroll and Schneider said they did talk to Wagner about the decision and were able to talk to him before a tweet from Adam Schefter of ESPN.com Tuesday evening made the move public. However, Wagner had already heard about the decision elsewhere.

"Too much respect to have something like that happen," Schneider said. "We did speak to him, we did talk to him together. We walked through things, so it wasn’t like didn’t speak to him. It was just the timing."

Said Carroll: "I’m guilty too because I didn’t want it to happen, I wanted Bobby to stay with us forever. I kept encouraging John to see what all of the possible options could be for a way out, that we don’t have to do this. Each day was crucial as we were drawing closer to it. It seemed like when (Russell Wilson)'s news went out, then everything hit the fan. We were supposed to meet with Bobby a couple of days after that and the timing just didn’t work out right. I regret that we didn’t do a better job timing-wise."

The move saved the Seahawks 16.6 million against its cap, via OverTheCap.com.

"It was a heartbreaking decision to make," Carroll said. "We love Bobby Wagner, and he’s done everything in the world he could possibly do with the football opportunities that he’s had. He’s a Hall of Famer. He’s going to be on the stadium, and everything he has ever touched has been golden. We have to make a tough decision just like we started with, so he goes on, and we wish him the best and love him to death."