SEATTLE - The MLS is Back Tournament has updated its format and schedule after Nashville SC and FC Dallas had to withdraw from the competition when players tested positive for coronavirus.

MLS has reconfigured the groups by sliding Chicago Fire SC over to Group B alongside Sounders FC and Vancouver Whitecaps FC. By doing so, the tournament now has six groups, each consisting of four teams. 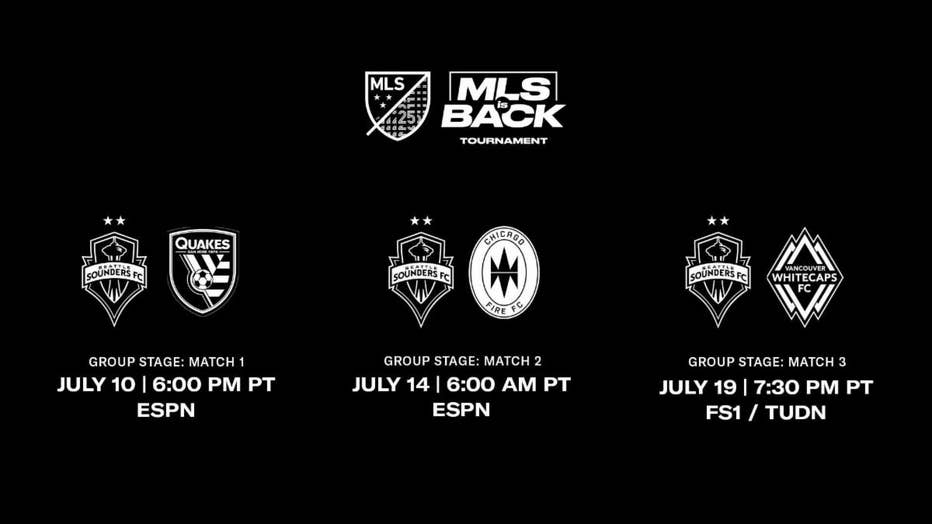 With groups now even at four teams apiece, the top two teams from each group along with the four best third-place finishers will move on to the knockout stage, which begins July 25.