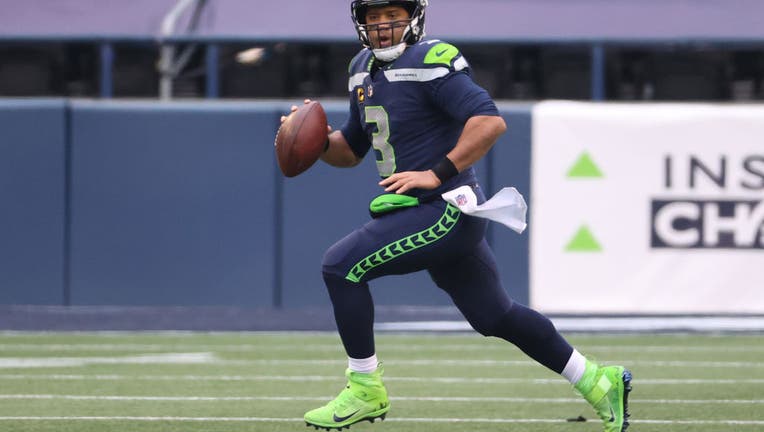 SEATTLE - Seahawks Training Camp is kicking off in less than a week, and Q13 FOX has exclusive interviews you won’t see anywhere else.

Q13 FOX Sports Director Aaron Levine sat down with Seahawks quarterback Russell Wilson about how much the team missed their fans.

Levine: Nice to be past all the rumors and speculation from this offseason but what were those couple of months like for you? and was the speculation overblown or warranted?

Every morning I wake up, and this whole off season I’ve been getting up at 4:00-4:15 to get ready to roll. Our whole mission is to win it all. My teammates, I know the same thing. We’re all in this thing together and Coach and staff too.

And our fans are as well. The hardest thing about last year really was we didn't have fans in the stands you know. We missed that about Seattle. To bring that back, and focus on that, focus on winning and doing what we want to do and doing what we do best. That’s what I'm excited about.

Levine: I think there’s been a prevailing thought at times at least that there’s been a difference of opinion when it comes to offensive philosophy between yourself and the coaching staff. Has there been? And if so how do you rectify that?

Wilson: I think the best way to rectify, or not even rectify anything. I think the best way to explain my offensive philosophy, and I think our football team’s is — hit the ball in the end zone (laughs). I think at the end of the day, I don’t care how we do it. I don't care as long as we are getting that ball in the end zone a ton. You know we threw I think 40 touchdowns last year or something like that. The reality is I feel like we could have thrown 60.

We got more touchdowns to throw, more plays to make, we got more runs for Chris Carson to get in the end zone and run over some people, so I‘m excited about what we can do as a team.

Levine: What was your reaction to seeing D.K. Metcalf compete in the 100-meter dash?

Wilson: Man, well the first thing was that I was actually going to go see him and I got stuck in traffic there was two accidents along the way and I was like  hot. I was pissed. I was so mad. And there was two major accidents and I was stuck in L.A. traffic trying to get there. And so anyways I got it on my phone and I ended up putting it up on the little dashboard while I was stuck in traffic and I watched him. I was screaming at the top of my lungs, and he started so amazing. He was gone. Just the fact that he was right there with everybody was amazing to watch and if he gave it a few more months I’m sure he would probably win that race to be honest with you. But I’m glad he didn't, I’m glad he’s with us now I'm glad he’s kept in football, and God definitely gave him a gift to run but He gave him an amazing gift to get a running catch and score a touchdown too.