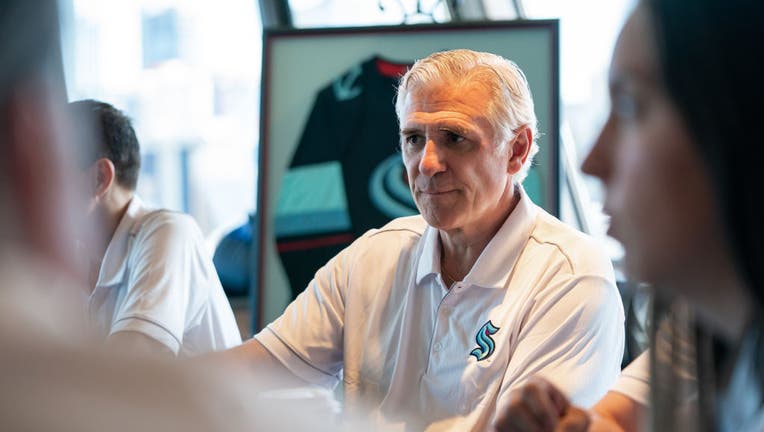 SEATTLE, WASHINGTON - JULY 23: General manager Ron Francis of the Seattle Kraken sits in the draft room during the first round of the 2021 NHL Draft on July 23, 2021 in Seattle, Washington. (Photo by Christopher Mast/2021 NHLI via Getty Images)

The Seattle Kraken made six trades in the last week as general manager Ron Francis reshaped the path ahead for the franchise ahead of Monday's NHL trade deadline.

Six trades with six different teams in total with 10 new draft picks coming into the team's possession to help overturn a roster that is tied for the second-worst record in the NHL. Francis said the plan isn't to use all of their new selections on draftees, but to use that capital in other ways to help supplement the roster moving forward.

"We've got 12 picks instead of seven in this year's draft. We've got 25 instead of 14 in the next two drafts. I'm not hoping to use all of those, but we do think we can get some good players with those picks," Francis said. "And we're hoping that we can move some of those along with free agency to help re-tool our franchise as we move into next year. We want to be every bit as competitive as any other team in the league as we start next season moving forward."

A quick recap of a busy trade deadline for the Kraken:

– Trade forward Calle Jarnkrok to the Calgary Flames in exchange for a 2022 second-round pick, 2023 third-round pick, and a 2024 seventh-round pick. Seattle retained half of Jarnkrok's remaining salary in the deal.

– Trade defenseman Mark Giordano and forward Colin Blackwell to the Toronto Maple Leafs for a 2022 second-round pick, 2023 second-round pick and a 2024 third-round pick. Seattle retained half of Giordano's remaining salary in the deal.

– Trade defenseman Jeremy Lauzon to the Nashville Predators in exchange for a 2022 second-round pick.

– Trade forward Mason Appleton to the Winnipeg Jets in exchange for a 2023 fourth-round pick.

– Trade forward Marcus Johansson to the Washington Capitals in exchange for forward Daniel Sprong, a 2022 fourth-round pick and a 2023 sixth-round pick. Seattle retained half of Johansson's remaining salary in the deal.

The biggest piece to be moved was Giordano, who was named the first captain in team history and is a former winner of the Norris Trophy as the league's best defenseman. Giordano had a 10-team no-trade clause that could have affected trade negotiations with interested teams. However, Francis said Giordano didn't stand in their way of making a deal and it just worked out that he was dealt to his hometown team in Toronto.

"Gio was great," Francis said. "We talked about that. I said 'how do you want to proceed?' He said, 'I'm not tying your hands. You can trade me anywhere you want.' I said 'OK, but legally, I need you to give me a no-trade list' and he gave me 10 teams that were out of the playoffs. So it was never an issue with him. He was first-class the whole way through."

The Kraken have 19 games remaining in their inaugural season. Kole Lind was recalled from Charlotte and will finish the season with the NHL club. Pouliot and Sprong will get the chance to audition over the closing stretch as well. Last year's top draft pick, Matty Beniers, is expected to join the club for the final stretch of the season when his college year is complete at the University of Michigan. Rask was assigned to Charlotte after his acquisition. 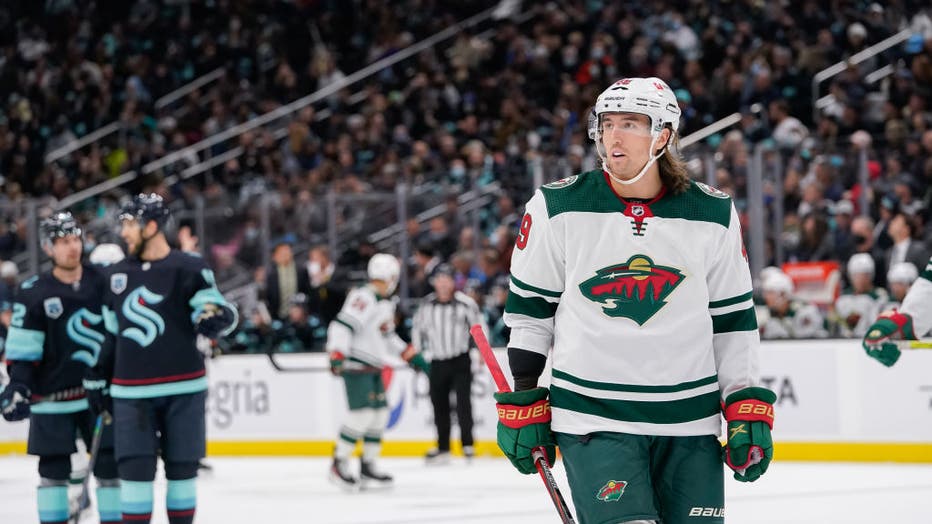 SEATTLE, WASHINGTON - OCTOBER 28: Victor Rask #49 of the Minnesota Wild readies for a face-off during the first period of a game between the Minnesota Wild and Seattle Kraken at Climate Pledge Arena on October 28, 2021 in Seattle, Washington. (Photo

The roster will clearly be significantly different for next season, but Francis believes there is a strong core in place to build around.

"We think we've got a good core of players," Francis said. "We've lost a lot of one-goal hockey games, a lot of one-goal hockey games that became two when we pulled our goaltender. I think it's about 23 or 24 (games) now. So hopefully we can make the bolstering lineup changes we need to do to sort of get us over that hump and have more success. And that's certainly what we want as an organization and our players want that. I know our fans want that and that's what our goal is."

Francis also insisted these moves aren't an indication they are just looking to stockpile assists with the hope of finally being good several years down the road. He said these moves are to position them to make the leap forward next year.

"I think it's important for me and the coaches to have conversations, and I've already started having some this morning with some of our guys, just to make them aware that we didn't do all this to draft and develop and be good five years from now," Francis said. "We did this to give us the tools to try and be better next season and that's what our goal is between now and the start of next season."

The trades now gives Seattle 34 draft picks in total over the next three years, though at least one could end up heading to Minnesota in the Rask deal eventually.