According to court documents, Sherman is required to pay $2,500 for the two misdemeanor charges and the traffic infraction, and additional court fees.

Sherman was given a 90-day suspended sentence for each count, with two days credit given from his initial arrest. He was assigned to have monitored supervision for the next two years. He will not serve any further jail time unless he violates the terms of the agreement.

Sherman must stay out of any further trouble, which includes any criminal, alcohol or drug-related offenses. 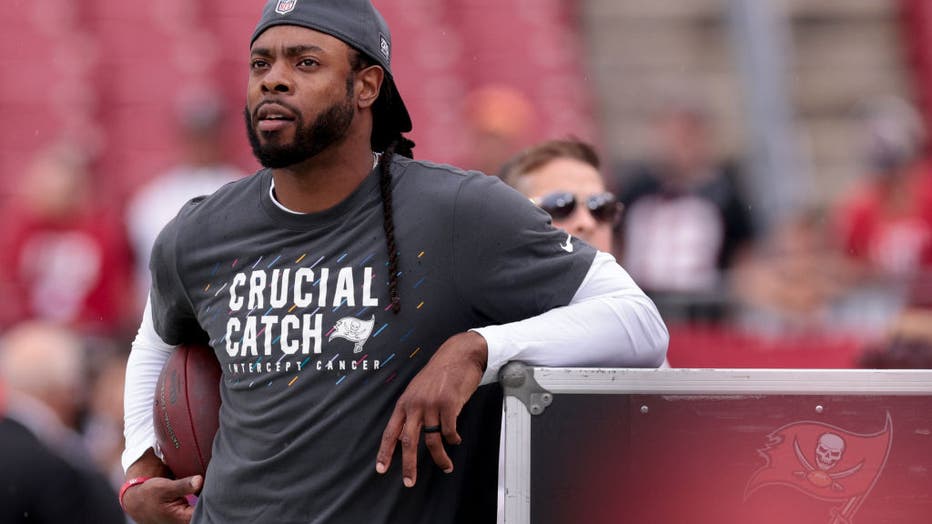 TAMPA, FLORIDA - OCTOBER 24: Richard Sherman #5 of the Tampa Bay Buccaneers looks on prior to the game against the Chicago Bears at Raymond James Stadium on October 24, 2021 in Tampa, Florida. (Photo by Douglas P. DeFelice/Getty Images)

Sherman crashed his vehicle in a construction zone before abandoning the car and continuing to the home of his in-laws in Redmond. Sherman then damaged the home while having a verbal argument through a locked door with the occupants of the house.

Sherman was initially booked for residential burglary with a domestic violence component, resisting arrest, and criminal mischief. The domestic violence aspect was because of Sherman's relationship with the people at the residence, not physical assault. The criminal mischief charge was a result of the damage he caused to the door of the residence.

As conditions of his sentence, Sherman is required to have a mandatory interlock device on his vehicle. Sherman has also been ordered to attend Alcohol and Drug Information School and attend a DUI Victim's Panel.

Former Seahawks star Richard Sherman was booked into jail Wednesday morning and is being investigated for burglary domestic violence.

Surveillance video captures the moment when Richard Sherman tried to break through the door of his in-laws home in Redmond. (Video above is from July 2021)