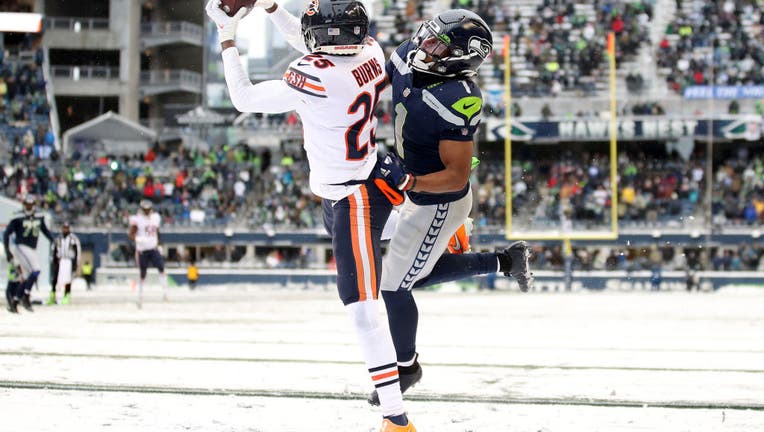 SEATTLE, WASHINGTON - DECEMBER 26: Artie Burns #25 of the Chicago Bears nearly intercepts a pass intended for D'Wayne Eskridge #1 of the Seattle Seahawks but it fell incomplete during the second quarter at Lumen Field on December 26, 2021 in Seattle,

The Seattle Seahawks are signing former Chicago Bears cornerback Artie Burns to a one-year, $2 million deal, according to multiple reports.

The deal was first reported by Adam Schefter of ESPN.com.

Burns, 26, was a first-round pick of the Pittsburgh Steelers in the 2016 NFL Draft. He appeared in 58 games for the Steelers over four seasons before signing with the Bears last year. Burns has never replicated the success of his rookie season in Pittsburgh when he had 65 tackles, three interceptions, and 13 passes defended.

Burns played in 11 games for the Bears last season with six starts. He had 23 tackles with six passes defended.

Burns helps add depth to the cornerback position for Seattle. While they have managed to re-sign Sidney Jones, they lost D.J. Reed to the New York Jets on a three-year deal.

Seattle Seahawks cornerback D.J. Reed is set to sign with the New York Jets in free agency, his representatives confirmed on Tuesday.