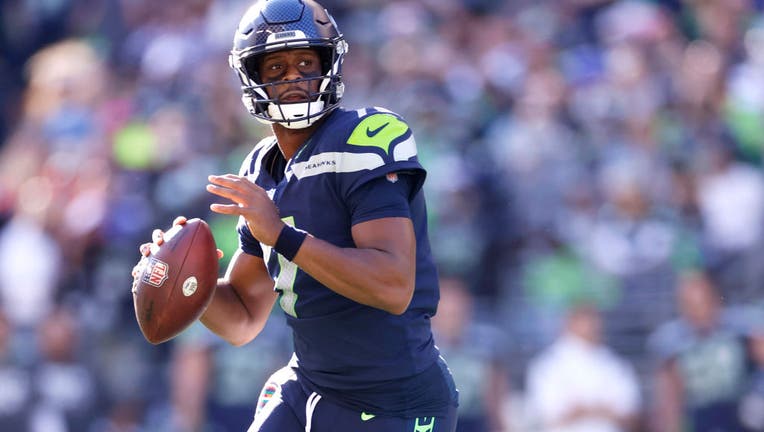 SEATTLE, WASHINGTON - OCTOBER 31: Geno Smith #7 of the Seattle Seahawks looks to throw the ball during the second quarter against the Jacksonville Jaguars at Lumen Field on October 31, 2021 in Seattle, Washington. (Photo by Steph Chambers/Getty Image

The Seattle Seahawks are re-signing quarterback Geno Smith to a one-year deal, according to multiple reports.

Per Bob Condotta of The Seattle Times, the deal is worth approximately $4 million in base value with incentives that could push the deal up to $7 million.

Smith, 31, appeared in four games for the Seahawks last season with three starts in place of an injured Russell Wilson. He completed 68.4 percent of his passes for 702 yards with five touchdowns and an interception.

"I’d like to get Geno hooked up and get him back in (here)," Carroll said in an interview with Seattle Sports 710 AM last month. "He showed us a good deal of command of our offense when he played last year and he has a terrific understanding of it so he’s out in front of the other guys that are involved in the competition in that regard.

"By the time he got a couple games under his belt after sitting for three or four years, he functioned in the Jacksonville game as well as you can function and he had a beautiful game there. And that looked like the culmination of his return, kind of. And unfortunately we didn’t get to capitalize to see what the next step would be because Russ came back and played. But (Smith), he popped the ball around, he was fast with the football and got it out and did some really cool things. So that’s the first thing."

Smith joins Drew Lock and Jacob Eason as quarterbacks under contract for the Seahawks as they get set to begin their offseason program next week.

Smith was arrested on suspicion of DUI in January. Per Condotta, King County prosecutors have not yet made a decision on whether to charge Smith.