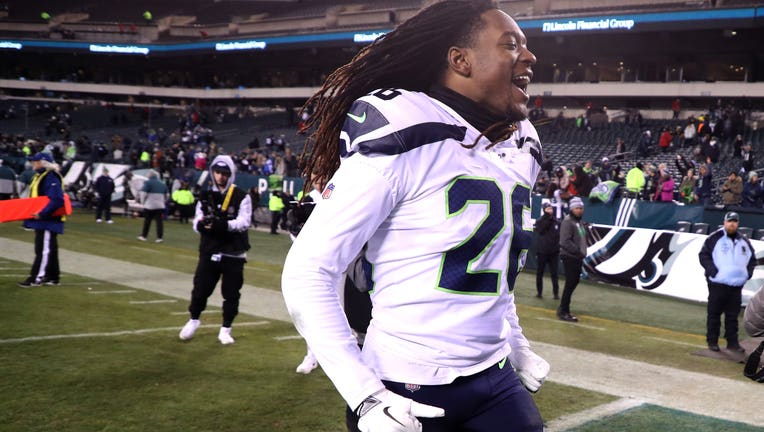 PHILADELPHIA, PENNSYLVANIA - JANUARY 05: Shaquill Griffin #26 of the Seattle Seahawks runs off the field after the Seahawks defeated the Philadelphia Eagles at Lincoln Financial Field on January 05, 2020 in Philadelphia, Pennsylvania. (Photo by Rob C

SEATTLE - Seattle Seahawks cornerback Shaquill Griffin has signed a three-year deal with the Jacksonville Jaguars that guarantees $29 million and allows for up to $44.5 million, the team announced Wednesday.

Rapoport says Seattle tried to keep Griffin, but the Jaguars closed the deal at the start of the NFL's free agent signing period.

His twin brother Shaquem, a linebacker for the Seahawks, is a restricted free agent who "has not been tendered by Seattle" yet, according to Schefter.

RELATED: 'I'm frustrated with getting hit too much,' Russell Wilson says as Seahawks enter offseason

How Seahawks linebacker KJ Wright is spending his offseason

It may be the offseason for KJ Wright, but the competition never ends.&nbsp;

Hyde agreed to a two-year $6 million deal with the Jags. Last season in Seattle, Hyde had 81 carries for 356 yards and 16 catches.