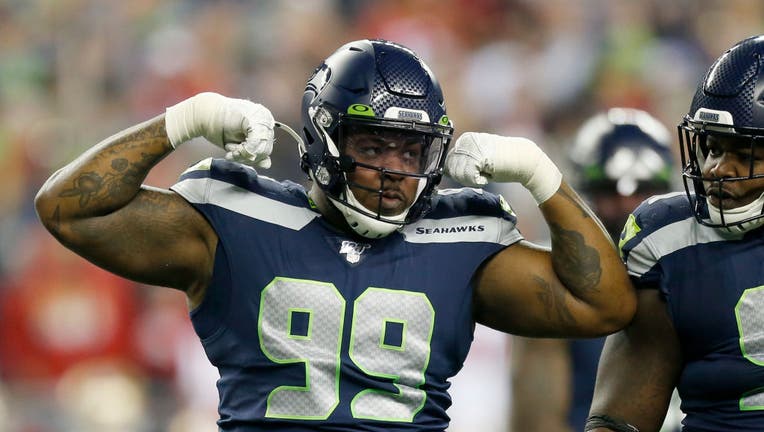 SEATTLE, WASHINGTON - DECEMBER 29: Defensive tackle Quinton Jefferson #99 of the Seattle Seahawks celebrates sacking quarterback Jimmy Garoppolo #10 of the San Francisco 49ers during the first quarter of the game at CenturyLink Field on December 29,

The Seattle Seahawks are bringing back defensive tackle Quinton Jefferson on a two-year deal, according to multiple reports.

The agreement was first reported by Ian Rapoport of the NFL Network.

Jefferson told NFL reporter Josina Anderson the deal is for two years and $9.5 million with incentives that could reach $11 million in total.

"My old D-Line coach from when I was in Seattle before is the D-coordinator now," Jefferson said of Clint Hurtt, who was elevated to defensive coordinator this offseason. "It just made sense to go back. My house is there, my friends too. It'll be good to see some familiar faces."

Jefferson, 28, returns to Seattle after two seasons playing elsewhere for the Buffalo Bills and Las Vegas Raiders. Jefferson started every game last season for the Raiders and posted career-highs with 47 tackles and 4.5 sacks.

Jefferson was a fifth-round pick of the Seahawks in the 2016 NFL Draft. He spent most of his first four seasons with the Seattle, appearing in 39 games with 24 starts. He had 59 total tackles and 7.5 sacks during his tenure with the Seahawks.