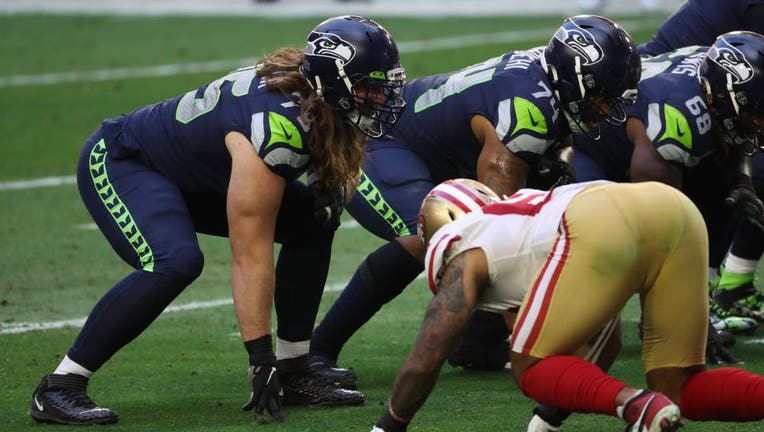 Former Seattle Seahawks tackle Chad Wheeler, who is facing three charges stemming from a domestic violence incident in 2021, violated terms of his electronic home monitoring by removing the device on Sunday night, per multiple reports.

Per Brady Henderson of ESPN.com, Wheeler was back in court for an emergency hearing on Tuesday as his attorney said he experienced a "mental health crisis." Wheeler allegedly removed the device and all of his clothes and began wandering naked around Redmond. Wheeler was found by a friend, who called for assistance.

Wheeler was taken for a mental health evaluation and released on Monday. A judge denied prosecutors' request to raise Wheeler's bail to $800,000 and keep him in custody. He will return to electronic home monitoring with bi-monthly urinalysis.

Wheeler is facing a felony charge of domestic violence assault, domestic violence imprisonment and resisting arrest stemming from the January 2021 incident with girlfriend Alleah Taylor. Wheeler is alleged to have strangled Taylor to the point of unconsciousness twice. After regaining consciousness, Taylor locked herself in a bathroom to hide and called police.

Taylor sustained a concussion, fractured humerus, and a dislocated elbow in the assault.

Wheeler suffers from bipolar disorder and was allegedly off of his medication when the incident with Taylor happened.

Wheeler's trial has been delayed multiple times. The current trial date is set for Sept. 26.

Wheeler appeared in five games for the Seahawks in 2020.