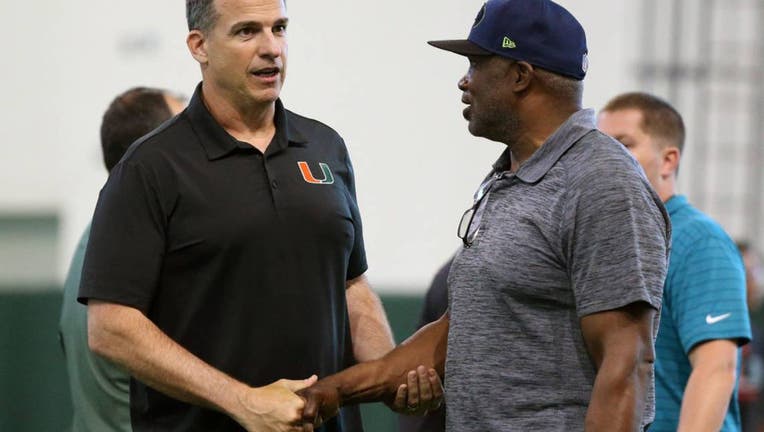 Alonzo Highsmith, a senior advisor to Seattle Seahawks general manager John Schneider, is set to leave the team to take a position in the athletic department of the University of Miami, according to multiple reports.

The move was first reported by Dave Hyde of the South Florida Sun Sentinel.

Highsmith, 57, has spent the last three years with the Seahawks after nine years working in the front offices of the Cleveland Browns and Green Bay Packers. He spent two years as vice president of player personnel for the Browns after seven years as a senior executive with the Packers.

Highsmith was under consideration for the open athletic director position a Miami, his alma mater, late last year. The school ultimately hired Dan Radakovich as their new athletic director in December. But even without getting the AD job, Highsmith's connections to the program remained high. New Hurricanes head coach Mario Cristobal's brother was an offensive lineman for Miami when Highsmith was a running back for the program in the 1980's.

Highsmith was a former No. 3 overall pick of the Houston Oilers after a standout career at Miami that included a national championship in 1983. Highsmith played a total of six seasons in the NFL with the Oilers, Dallas Cowboys and Tampa Bay Buccaneers before injuries ended his career.