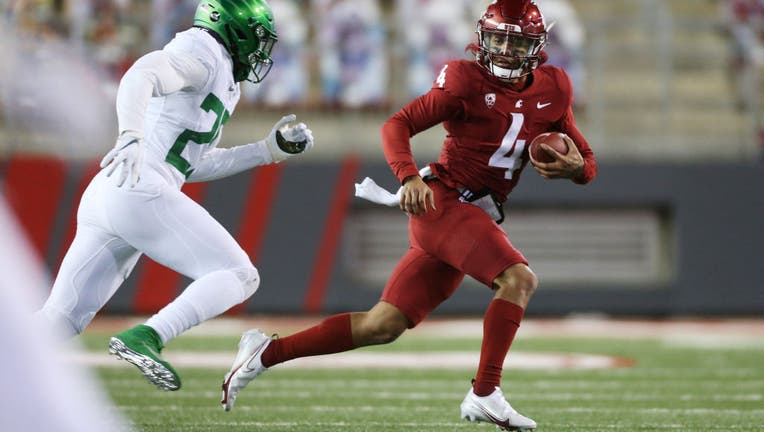 PULLMAN, WASHINGTON - NOVEMBER 14: Jayden de Laura #4 of the Washington State Cougars carries the ball against Adrian Jackson #29 of the Oregon Ducks in the first half at Martin Stadium on November 14, 2020 in Pullman, Washington. (Photo by William M

The Spokesman-Review said de Laura might also miss the Nov. 27 game against Washington if he is placed in a 14-day quarantine.

Redshirt sophomore Cammon Cooper and redshirt freshman Gunner Cruz are listed as backups to de Laura on the team’s depth chart. Neither has ever taken a snap in a game for the Cougars (1-1).

De Laura, a freshman from Honolulu, has played well in his first two games as the team’s starting quarterback, throwing for four touchdowns and one interception and rushing for another touchdown. He is the first true freshman to start a season opener in program history.