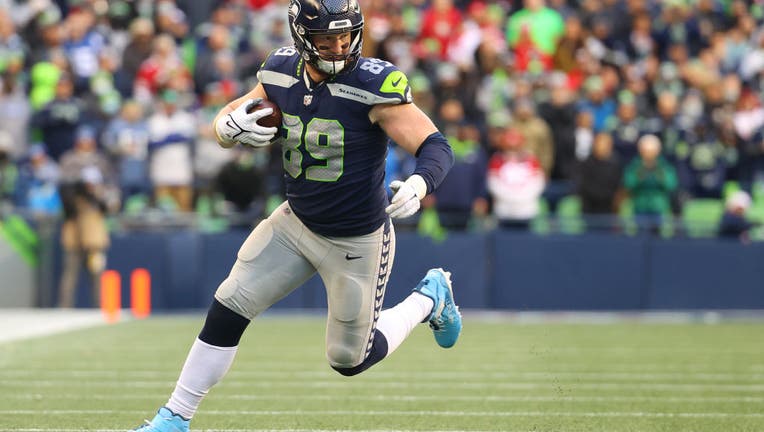 SEATTLE, WASHINGTON - DECEMBER 05: Will Dissly #89 of the Seattle Seahawks runs with the ball against the San Francisco 49ers during the third quarter at Lumen Field on December 05, 2021 in Seattle, Washington. (Photo by Abbie Parr/Getty Images)

The Seattle Seahawks are signing tight end Will Dissly to a three-year contract, according to Tom Pelissero of the NFL Network.

Per the report, which cited Dissly's agent Collin Roberts, the deal is worth $24 million.

Dissly, 25, has played all four years of his career with Seattle. He was selected in the fourth round of the 2018 NFL Draft out of the University of Washington. Dissly has 76 receptions for 900 yards and nine touchdowns in four seasons.

Dissly will pair with Noah Fant, whom Seattle acquired from the Denver Broncos as part of the trade package for quarterback Russell Wilson last week. Fant has 170 receptions for 1,905 yards and 10 touchdowns during his three seasons with the Broncos.

Gerald Everett is an unrestricted free agent for Seattle after catching 48 passes for 478 yards and four touchdowns last year.

Colby Parkinson remains on the roster at the position as well.