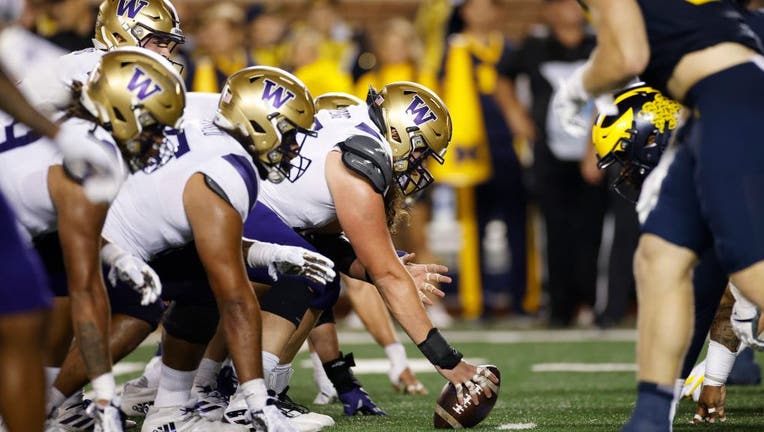 ANN ARBOR, MI - SEPTEMBER 11: Washington Huskies players face off at the line of scrimmage against the Michigan Wolverines during a college football game on Sept. 11, 2021 at Michigan Stadium in Ann Arbor, Mich. (Photo by Joe Robbins/Icon Sportswire

The University of Washington is reportedly meeting with the Big Ten Conference about possible conference realignment.

Per Brett McMurphy of the Action Network, Washington is having preliminary discussions with the Big Ten about the potential of joining the conference. The meeting did not involve university presidents or Big Ten commissioner Kevin Warren, per the report. It was conducted with lawyers and consultants for both groups.

The meetings for Washington come a week after McMurphy reported the conference had similar discussions with the University of Oregon. McMurphy has also reported that the Big Ten is still seeking to add to its footprint with Washington, Oregon, Stanford, Cal and Notre Dame as top targets.

The Big Ten made a big play earlier this summer in convincing USC and UCLA to leave the Pac-12 and join the conference beginning in 2024. While UCLA's departure is being contested by the University of California regents, the move has the Pac-12 and its member institutions reeling. The loss of USC and UCLA will be a financial blow to the remaining 10 members of the conference. The Pac-12 Network has fallen well short of generating the expected revenues anticipated when it launched in 2012.

The Pac-12 has also fallen behind its competitors in national relevance for football as no conference member has made the college football playoff since Washington in 2016-17. Oregon is the only other Pac-12 member to make the playoff in its current format. They were selected to the playoff in its first iteration in 2014-15. Only two of the 32 teams to play in the playoff in the last eight years have been from the Pac-12.

Oregon and Washington at least appear to be kicking the tires on following their Los Angeles cohorts east to the Big Ten.