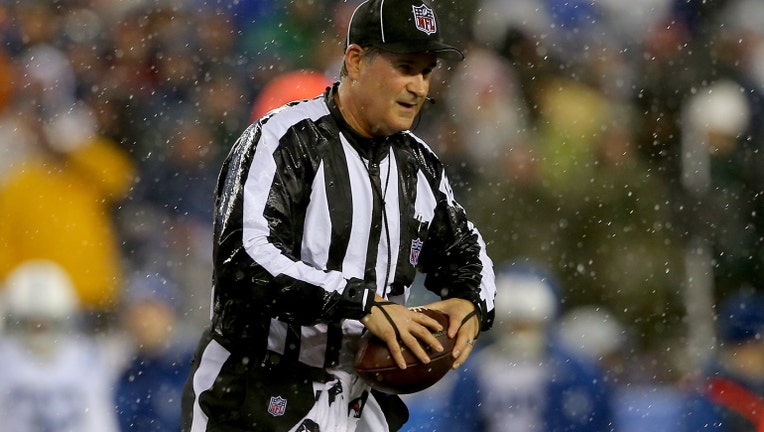 BOSTON -- Referees approved the footballs used by the New England Patriots in the AFC Championship game, even though they were under the NFL's allowable PSI prior to the game, CBS Boston reports.

According to CBS Boston, sources said referees approved 12 game footballs prior to the game, and the under inflated footballs were perhaps not inspected properly.

One thing that has been reported this last week, as we’ve been learning about how footballs are treated before a game is that before every game, a referee measured with a pressure gauge each football to see if the pressure in each one is between 12.5 and 13.5 PSI.

But that apparently isn’t always the case. As a matter of fact, from what I’ve been told, many times the refs don’t test the pressure of each ball with a gauge at all. Sometimes refs hold the ball, squeeze it, briefly inspect it, then sign off on it. Next ball. It’s never been a problem before. This is apparently a well known fact in the NFL.

Now according to my sources, The Patriots turned in their footballs to the ref at a pressure just below the allowable PSI.

If it’s a situation where the refs DID use a gauge, the refs would see the balls were under inflated, and inflate them to the proper size. But in this case, the balls were approved and given back to the Patriots under-inflated.

Thus, the under-inflated balls. The Patriots, according to my sources, played with league approved deflated balls.

This is just the latest turn in the bizarre saga of Deflate-gate.

On Monday, the NFL reportedly interviewed a locker-room attendant who may have had contact with the footballs after they were handled by the refs.