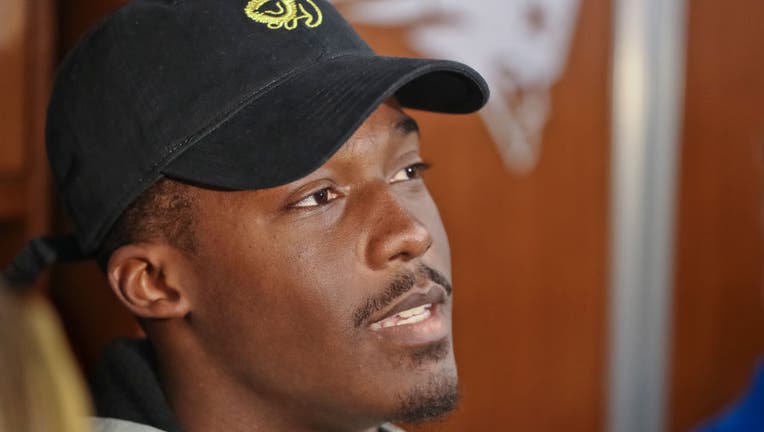 FOXBOROUGH, MA - JANUARY 5: New England Patriots' Phillip Dorsett addresses the media as players clean out lockers at Gillette Stadium in Foxborough, MA a day after their loss to the Tennessee Titans in the AFC Wild Card game and elimination from the

Seattle was without Dorsett for Sunday's 35-30 win over the New England Patriots as he continues to be bothered by a foot issue.

NFL Insider Tom Pelissero first reported the news Tuesday. It is a three-week minimum when players go on IR this season.

Just a day earlier we learned Seahawks linebacker Bruce Irvin and safety Marquise Blair both suffered ACL injuries and are expected to miss the rest of the 2020 NFL season, Coach Pete Carroll said.