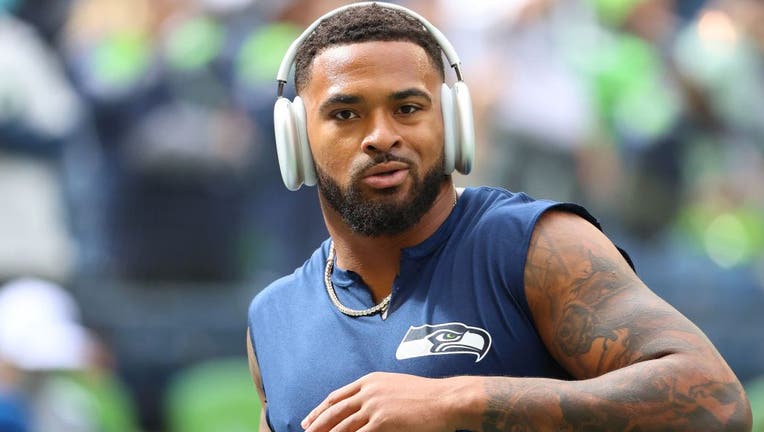 SEATTLE, WASHINGTON - SEPTEMBER 19: Jamal Adams #33 of the Seattle Seahawks warms up before the game against the Tennessee Titans at Lumen Field on September 19, 2021 in Seattle, Washington. (Photo by Abbie Parr/Getty Images)

RENTON, Wash. - Seattle Seahawks safety Jamal Adams broke a finger on his left hand during the team's first practice of training camp on Wednesday, according to Adam Jude of The Seattle Times.

Adams was away from the team on Thursday and head coach Pete Carroll said that Adams was seeking opinions on his injured finger.

"Just a freak accident," a source told the newspaper. "It’s going to be fine."

"I had to get both of my fingers fused, so I’ve been dealing with that for two years. I haven’t really been saying anything about it, but it is what it is," Adams said in June.

"My first year when I got here, I dislocated my ring finger probably about ten times and the other one probably about twelve times, so I’ve been dealing with that. I haven’t really said much, let everybody talk about it, whatever, but it’s good now and they are in trouble."

The new injury to the finger occurred when Adams got his finger caught in a facemask late in Wednesday's practice. The option for surgery is on the table, but not until after the upcoming season. Per the report, Adams will likely wear a club over his hand while practicing and plans to wear a specially designed cast over the finger during the season.

"He just felt something," Carroll said on Thursday. "It didn’t feel right. So we’ve just got to get it checked out. He’s really concerned. He’s really upset that he has to miss anything. But we jumped right at the chance to take care of it and see what’s going on right now."

Adams has played in 12 games each of the last two years since joining Seattle in a trade prior to the start of the 2020 season. He's dealt with shoulder injuries both years that required surgery after the season. While he set a record with 9.5 sacks by a defensive back in his first year with the Seahawks, Adams' deficiencies have shown at times as well, particularly as a coverage player. He did intercept two passes last season, which set a new career-high.

Adams signed a four-year extension with the Seahawks prior to last season.