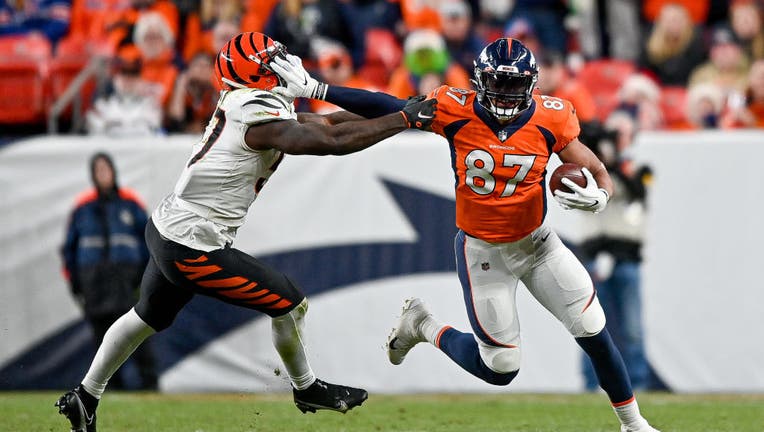 The Seattle Seahawks are picking up the fifth-year option on newly acquired tight end Noah Fant, according to Adam Schefter of ESPN.com.

Fant was acquired by the Seahawks as part of the trade that sent Russell Wilson to the Denver Broncos last month. Fant was a first-round pick of the Broncos in 2019. All first-round draft picks sign four-year contracts that come with a team option for a fifth-year. That option has to be exercised prior to the player's fourth year.

For Fant, his fifth-year option is worth $6.85 million for the 2023 season due to hitting playtime requirements.

Fant said last week that he had not been told by the Seahawks whether they intended to exercise the option or not.

"No indication yet," he said. "I haven't really had any talks of that. For me, it's just kind of letting that fall where it may."

Fant has played in 47 games for the Broncos over the last three years. He's caught 170 passes for 1,905 yards with 10 touchdowns.

The Seahawks also need to make a decision on the fifth-year option for defensive end L.J. Collier, who was their own first-round pick from 2019. The option for Collier would seem incredibly unlikely.