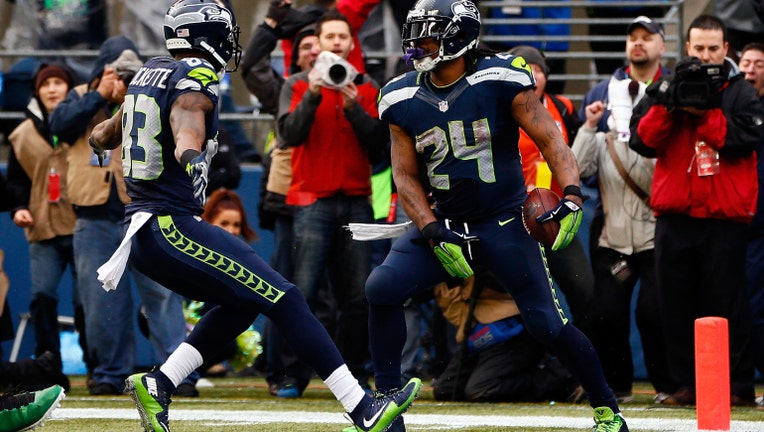 SEATTLE -- The National Football League may not approve of Marshawn Lynch's "obscene gesture" crotch grabs, but they certainly didn't appear to have a  problem trying to make money off them.

According to Bleacher Report, the NFL used a picture of Lynch's touchdown celebration as part of a Seattle Seahawks picture gallery sold on the league's online store.

After initial reports of the crotch grab being included in the picture set came out, the NFL removed the photo and replaced it with something else. According to Mike Garafolo, the NFL did not have a hand in creating the picture set, and it was generated by a licensee.

However, it was reported more than 100 sets had been sold before the NFL switched the photo. It is unknown if those will come with the Marshawn Lynch picture or not.

Lynch has been fined multiple times for grabbing himself during touchdown celebrations, most recently in the NFC Championship game where he was again fined $20,000 for the "obscene gesture."

It seems contradictory for the league to fine Lynch and then make money off the photo, Bleacher Report said.

"To sum this up, the same gesture that cost Lynch money is earning money for the NFL," Bleacher Report reported. "This isn't a good look for the league."