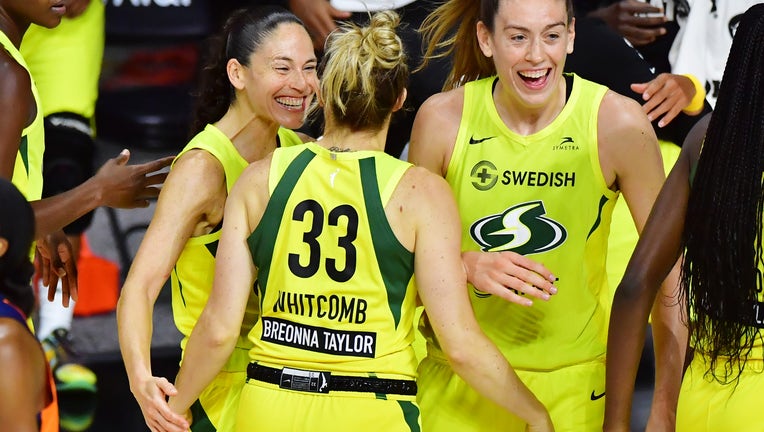 SEATTLE - Breanna Stewart has reached a one-year deal to return to Seattle Storm for the upcoming season, FOX 13 Seattle has confirmed.

Stewart has been an unrestricted free agent since the beginning of the year. Her free agency drew interest from most WNBA clubs and was seen taking an in-person meeting with the New York Liberty.

Fellow Storm players Sue Bird and Jewell Loyd were also in the business of free agency.

Bird announced on social media last week that she’d be returning for one more year. She’s played her entire career in Seattle and is expected to finish her career there.

The Storm were fined for tweeting out photos of Bird and making public comments on a free agent after the guard announced she was returning for another season, said a person familiar with the situation. The person spoke to The Associated Press on condition of anonymity because no official announcement had been made of the fine. It’s rare a WNBA team is fined for publicly commenting on a free agent.