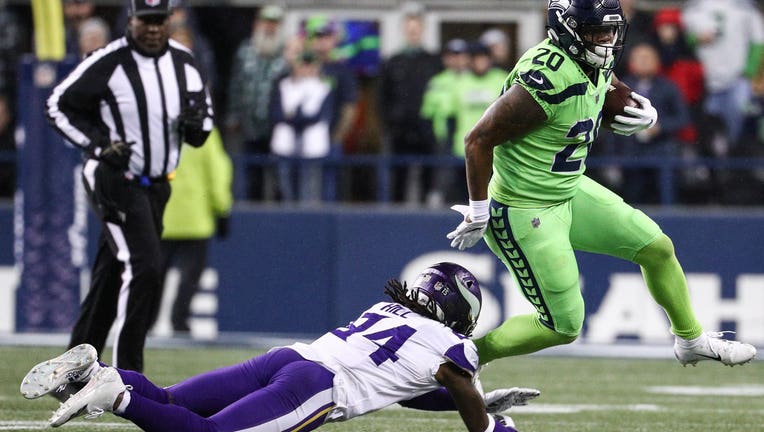 SEATTLE, WA - DECEMBER 10: Rashaad Penny #20 of the Seattle Seahawks looks to avoid a tackle by Holton Hill #24 of the Minnesota Vikings in the second quarter at CenturyLink Field on December 10, 2018 in Seattle, Washington. (Photo by Abbie Parr/Gett

Penny returns to practice just over a year after tearing his ACL. He's been listed on the physically unable to perform (PUP) list since training camp.

"We're really excited to get him back on the field with us," Carroll said. "It's just been a long haul. It's very meaningful for him to get back out there. You really want to see him bang his breaks and really get down and hit it and give good tempo in practice. I've said it the whole time, the last thing we're going to do is rush the timing of this."

This is the first week Dunbar is eligible to return since he was placed on injured reserve in Week 11 due to a knee injury.

McGough was a seventh-round pick for the Seahawks in the 2018 draft. He spent last season with Jacksonville during training camp and then Houston's practice squad where he remained until he was released in October of this year.