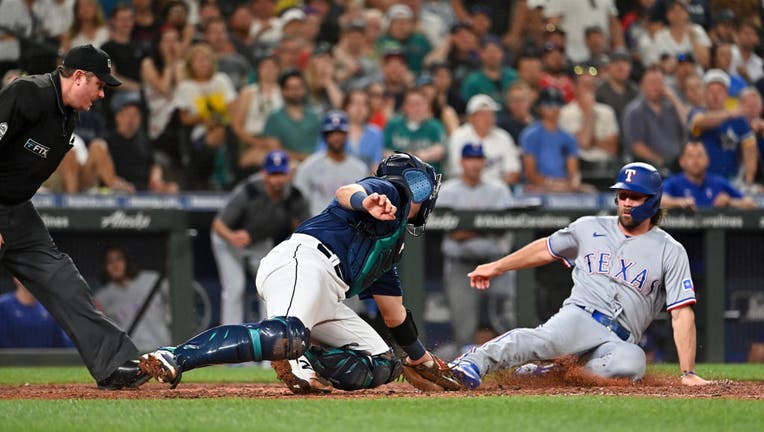 SEATTLE, WASHINGTON - JULY 26: Charlie Culberson #11 of the Texas Rangers was ruled safe against Cal Raleigh #29 of the Seattle Mariners at home plate upon revue in the eighth inning at T-Mobile Park on July 26, 2022 in Seattle, Washington. (Photo by

SEATTLE - The Texas Rangers, on a three-game losing streak, take on the Seattle Mariners on Tuesday. This will be the 17th time the two teams have met this season, with the Mariners holding a 12-4 advantage in the series.

Mariners: Adam Frazier has 21 doubles, four triples, three home runs and 40 RBIs. Carlos Santana is 7-for-39 with two doubles and four home runs over the past 10 games.

Rangers: Corey Seager is third on the Rangers with 56 extra base hits (23 doubles, a triple and 32 home runs). Marcus Semien is 13-for-37 with three doubles, two home runs and six RBI over the past 10 games.