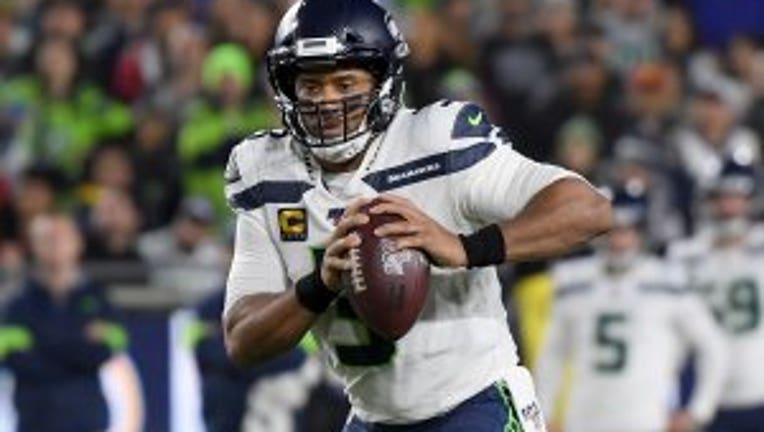 Quarterback Russell Wilson #3 of the Seattle Seahawks rolls out of the pocket against the defense of the Los Angeles Rams at Los Angeles Memorial Coliseum on December 08, 2019 in Los Angeles, California. (Photo by Harry How/Getty Images)

After a field goal from the Seahawks, LA quickly answered back with a touchdown with Jared Goff finding Tyler Higbee 33-yards out to set up an easy score.

Goff’s offense advanced at will and extended the Rams lead with a 2-yard touchdown pass to Robert Woods and a 10-yard follow up to Cooper Kupp to put LA up 21-3 at the half.

Russell Wilson struggled to get Seattle’s offense started, and the club’s second-half spark came from its secondary and special team.

Seattle safety Quandre Diggs picked off overthrown passes from Goff two possessions in a row, earning a touchdown on one. Rasheem Green deflected a field goal attempt to take the score away from LA.

All Seattle could muster was a field goal and a Hail Mary throw from Wilson was picked off.

Seattle lost running back Rashaad Penny on the opening drive with a knee injury. It’s not clear how severe the injury is.

The loss puts the Seahawks back in second place in the NFC West after the 49ers narrowly won its game against the New Orleans Saints.

The Seahawks will face the Carolina Panthers Sunday, December 15.