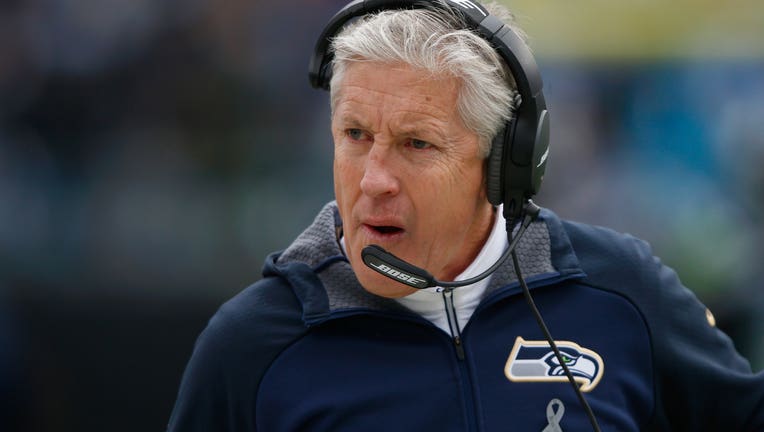 CHARLOTTE, NC - JANUARY 17: Head coach Pete Carroll of the Seattle Seahawks looks on against the Carolina Panthers in the 2nd quarter during the NFC Divisional Playoff Game at Bank of America Stadium on January 17, 2016 in Charlotte, North Carolina.

SEATTLE - Seattle Seahawks head coach Pete Carroll will sit down exclusively with Q13 News in a one-on-one interview ahead Training Camp that kicks off later this month.

Carroll will be discussing the upcoming season and will weigh in on his relationship with starting quarterback Russell Wilson after speculation earlier in the offseason about his future in Seattle.

Up Next: Russell Wilson. Part I: Thursday, July 15.