Phil Mickelson is considered one of the greatest golfers of all time.

The news outlet reports the group of golfers in the suit also includes three players—Talor Gooch, Hudson Swafford and Matt Jones—who are seeking a temporary restraining order that would allow them to play in the Tour’s FedEx Cup Playoffs, which begin next week.

Gooch, Swafford, and Jones all qualified for the playoffs before signing on to play for LIV, before being told by the PGA Tour they were being excluded from the event because of their participation in the LIV series.

Six players who have competed in LIV Golf events are among the top 125 in the FedEx Cup standings and would be eligible for the start of the PGA Tour’s postseason that starts next week.

The PGA Tour has suspended members for playing in LIV Golf events without a release to play in tournaments the same week of a PGA Tour event. The tour does not allow releases for tournaments held in North America. The last two LIV Golf events — with $25 million in prize money for 54 holes with no cut — were in Oregon and New Jersey.

The Wall Street Journal reported that details of the lawsuit indicate the PGA Tour suspended Mickelson in March for allegedly recruiting players to LIV Golf. When he applied for reinstatement in June, the tour denied it because he had played in the first Saudi event held outside London.

Various reports out of the United Kingdom have said Phil Mickelson received a $200 million signing bonus, while Dustin Johnson received $150 million. The 48-man fields, which play 54 holes with no cut, offer $25 million in prize money at each event. Norman announced a 14-tournament schedule for next year.

The source of the funding has led to sharp criticism of the series and the players who have enlisted because it is viewed as an attempt to distract attention from its human rights record and links to the Sept. 11 terrorist attacks. 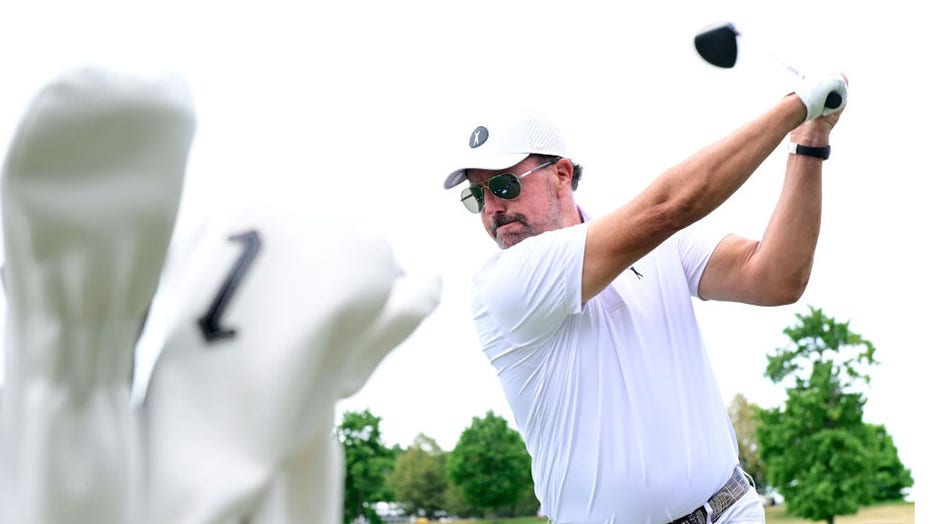 The LIV Golf Invitational is off for a month during the FedEx Cup playoffs on the PGA Tour, returning over Labor Day weekend about an hour west of Boston, and then two weeks later plays in the Chicago suburbs.

In June, Johnson, Mickelson and other PGA Tour members who played off in the Saudi-funded golf league were no longer eligible for PGA Tour events under penalties Commissioner Jay Monahan shared.

The ban included participation in the Presidents Cup, which for the International team is determined by the world ranking.
The USGA already has said eligible players can still compete in the U.S. Open next week. The PGA Tour does not run the majors.

In a memo sent to tour members in June, Monahan said that even if players resigned from the tour ahead of the first LIV Golf Invitational outside London, they will not be allowed to play PGA Tour events as a nonmember by getting a sponsor exemption.

Ten players have resigned from the PGA Tour, a list that includes Johnson and Sergio Garcia. Mickelson, who earned lifetime membership with his 45 PGA Tour titles, has not.

Tiger Woods turned down an offer that Greg Norman says was "somewhere in that neighborhood" of $700 million to $800 million to take part in the Saudi-funded LIV Golf series.

During an appearance on Fox News with Tucker Carlson that aired Monday night, Norman confirmed what he told the Washington Post in a story two months ago. Norman told the Post in June the offer was "mind-blowingly enormous; we’re talking about high nine digits." 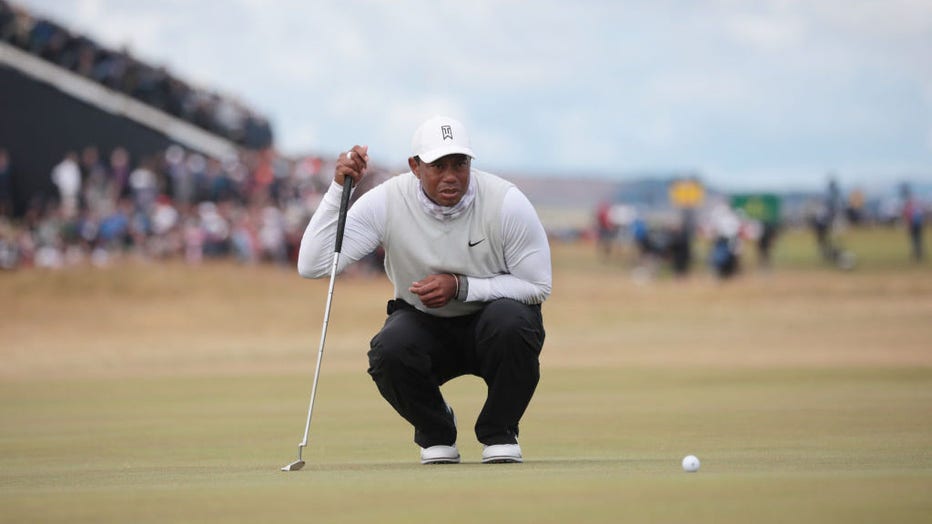 Woods has been opposed to LIV Golf since late last year, and he delivered his strongest comments at the British Open when he said players who took the money funded by the Saudi Arabian sovereign wealth fund had "turned their back" on the PGA Tour that made them famous.

FOX 9 Minneapolis, FOX 13 Tampa, and the Associated Press contributed to this story.  This story was reported from Washington, D.C.