SEATTLE - Michael Penix Jr. threw for 345 yards and four touchdowns, and Washington opened the Kalen DeBoer era with a 45-20 win over Kent State in a season opener on Saturday night.

DeBoer’s debut as Washington’s head coach was highlighted by an entertaining, innovative offense that Penix — also making his Huskies’ debut — ran flawlessly against the overmatched Golden Flashes. Penix led Washington on scoring drives on all five first-half possessions and touchdowns on the first four as the Huskies built a 31-13 halftime lead and cruised. 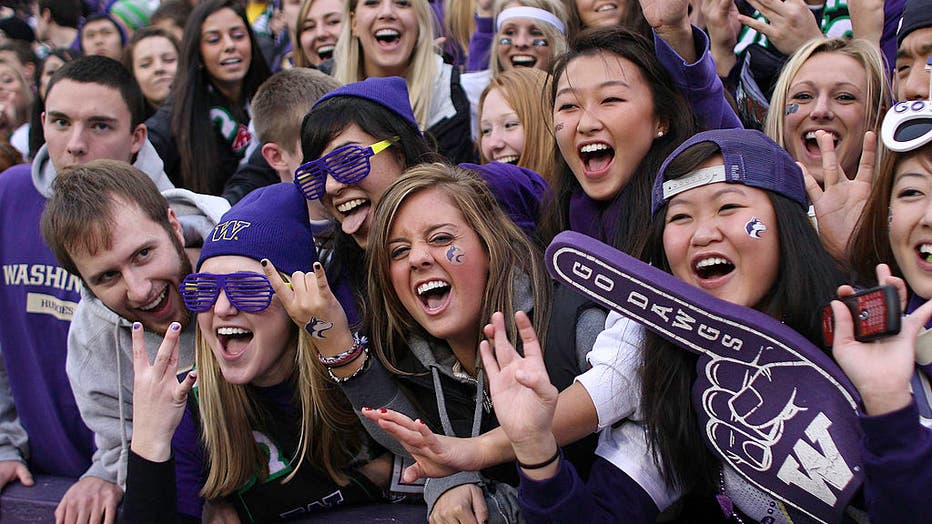 Only some shaky ball security kept the first half from being even more lopsided.

"We know the weapons we have on the offensive side of ball, and we know what we can do," Penix said. "Just going into the game I saw extreme confidence in everyone’s eyes just knowing that all we had to do was just execute."

It was a needed debut for DeBoer, who took over at Washington following two seasons as the head coach at Fresno State. Washington’s fan base was soured by last season’s 4-8 record and ended with coach Jimmy Lake being fired in November and concluded with Washington State celebrating a blowout victory in the Apple Cup.

But whether the Huskies are as good as they showed against the Golden Flashes won’t be truly defined for another couple of weeks when No. 15 Michigan State visits on Sept. 17.

Penix completed 26 of 39 passes and his yards passing were the third-most in his career that started at Indiana before transferring to Washington. It was his second game with four or more touchdown passes.

Penix threw TDs of 32 yards to Taj Davis and 4 yards to Rome Odunze in the first half, and touchdown tosses of 13 and 10 yards to Jalen McMillian in the second half. Washington scored on its first six possessions before finally punting late in the third quarter.

"Mike just went out there and showed the world what he has always been doing," Odunze said. "A little bit of a reminder of what what the guy can do. I’ve watched his Indiana highlights over and over, and the guy just makes plays and you’re like, ‘How’s that even possible?’ The throw, the arm talent, he displayed that tonight."

Wayne Taulapapa scored on a 28-yard run for Washington’s first touchdown and Cameron Davis added a 1-yard TD plunge. Washington’s 21 first-quarter points and 31 first-half points were the most in any quarter or half since a 2019 win at Arizona where the Huskies scored 38 in the second half, including 24 in the fourth quarter.

Kent State quarterback Collin Schlee had his first pass of the season intercepted by Asa Turner. Schlee rebounded with a 47-yard touchdown pass to Devontez Walker later in the first quarter, but the Golden Flashes’ couldn’t get stops defensively to stay in the game.

The Golden Flashes still have match-ups to come this month with No. 9 Oklahoma and No. 3 Georgia.

"The heat and the pressure, whatever it is that you want to call it, that we’re going to see as we continue to work through the month of September it’s only going to strengthen us. It’s only going to bring us closer together," Kent State coach Sean Lewis said.

Kent State: The Golden Flashes weren’t able to play at the speed they have in the past. Kent State averaged more than 75 plays per game last season but were able to run only 68 offensive plays against the Huskies.

Washington: The Huskies start was drastically better than last season when they lost to FCS powerhouse Montana to begin the season. Washington had just 291 total yards in that loss; it had 317 in the first half against Kent State and finished with 535.

Kent State: The Golden Flashes continue their challenging start to the season at No. 9 Oklahoma next Saturday.