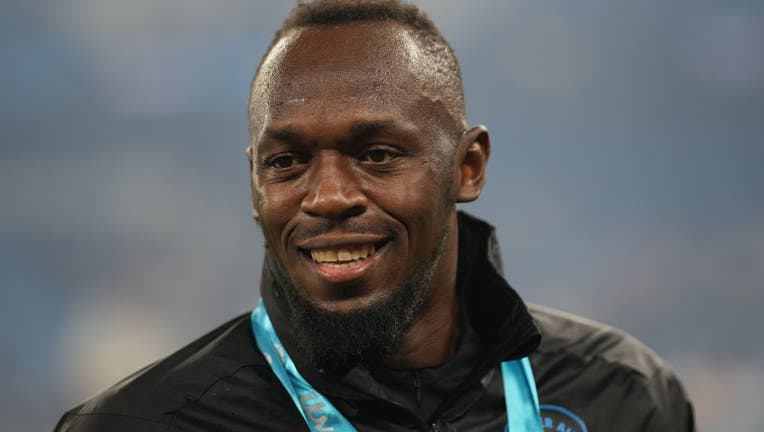 SAN JUAN, Puerto Rico (AP) - Lawyers for Usain Bolt, one of the world’s greatest sprinters, said Wednesday that more than $12.7 million is missing from his account with a private investment firm in Jamaica that authorities are investigating.

Attorney Linton P. Gordon provided The Associated Press with a copy of a letter sent to Stocks & Securities Limited demanding that the money be returned.

RELATED: 2024 Paris Olympics mascots fuel criticism for actually being made in China

"If this is correct, and we are hoping it is not, then a serious act of fraud larceny or a combination of both have been committed against our client," Bolt’s attorneys say in the letter.

Social media users may not have fully appreciated the logo, but the three-part design is steeped in significant meaning.

They threaten civil and criminal action if the money is not returned within 10 days.

Stocks & Securities Limited did not immediately respond to a request for comment. On its website, the company asked that clients direct all urgent queries to Jamaica's Financial Services Commission, which is investigating the firm.

"We understand that clients are anxious to receive more information and assure you that we are closely monitoring the matter throughout all the required steps and will alert our clients of the resolution as soon as that information is available," the company said.

The company has said that it discovered the fraud earlier this month and that several of its clients may be missing millions of dollars.

"It is tempting to doubt our financial institutions, but I would ask that we don’t paint an entire hard working industry with the brush of a few very dishonest individuals," he said.

Bolt's lawyers sent the letter Monday, the same day that Jamaica’s Financial Services Commission announced it was appointing a special auditor to look into fraud allegations at Stocks & Securities Limited, which is based in the capital of Kingston.

On Tuesday, financial authorities said they were assuming temporary management of the private investment firm. It is allowed to keep operating but needs approval from the government for any transactions.