Quinn was elevated to being the new head coach of the Storm when Dan Hughes abruptly announced he was retiring less than a month into the regular season.

SEATTLE - Noelle Quinn is thrilled to join the lineage of former WNBA players to graduating from playing to being head coaches in the league. She’s honored to be the first Black head coach for the Seattle Storm.

Quinn was elevated to being the new head coach of the Storm on Sunday when Dan Hughes abruptly announced he was retiring less than a month into the regular season. Quinn has been viewed as a potential successor since she wrapped up her playing career with Seattle in 2018 winning the only title of her career as a player and joined the staff as an assistant a year later.

"Within the last few days, honestly, we were in communication with the ownership group and with Dan and understanding that this was eventually going to happen," Quinn said on Monday. "This was the course of thing but what was decided was that it was time."

The 36-year-old Quinn spent 12 seasons as a player in the league with Minnesota, Los Angeles, Phoenix and Seattle. Her first game as Seattle’s head coach comes Tuesday night when the Storm host Indiana, although she served as the interim head coach last week when Hughes missed a game to attend his son’s graduation.

As far back as her final season, Quinn was eyeing her next step in basketball and viewed herself almost as a player/coach that final season with the Storm. 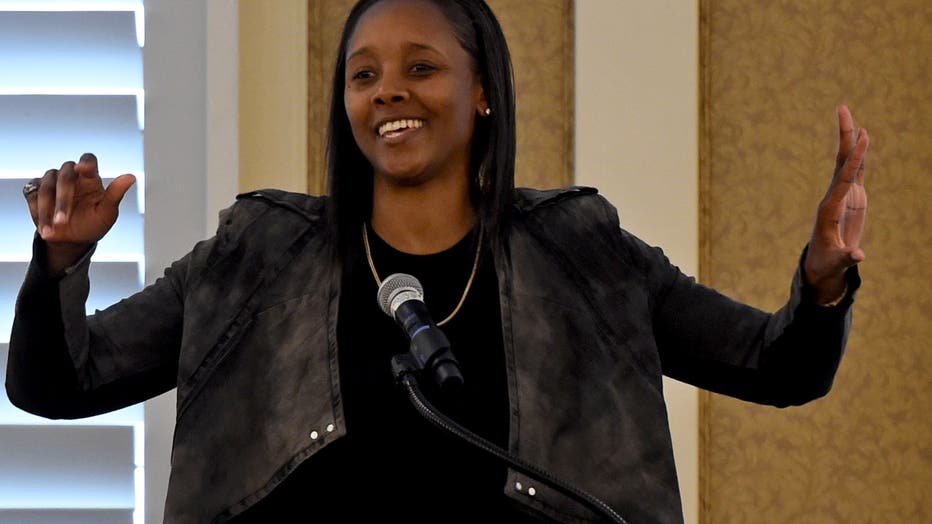 "I took on that leadership role in that way. Never ever would I have imagined that I’d be here just a short time later," Quinn said. "There were talks about it. Ownership saw that within me and that’s why I’m here right now. But to be sitting as the head coach, no, it wasn’t even on my radar."

Hughes stepped down after 20 years in the league with stops in Charlotte, Cleveland, San Antonio and Seattle. He coached the second-most games in league history (598) and is tied for third in victories with 286.

Hughes arrived in Seattle in 2018 helping lead the team to the title, but missed part of the 2019 season after undergoing surgery and treatment for a cancerous tumor in his digestive tract. He was not cleared to be with the Storm in the WNBA bubble in Florida during the truncated 2020 season that was capped with Seattle’s fourth title.

"I think we just take it one day at a time and we don’t necessarily overthink it. It’s kind of one of those situations that is what it is and you just got to take it as it comes," Seattle’s Sue Bird said. "I think for Noelle, we all trust her. We all have great relationships with her. She’s beyond ready."

Likely to help Seattle’s transition is the construction of its team. Any speed bumps should be smoothed out by having one of the top players in the world in Breanna Stewart to go along with Bird, Jewell Loyd, Jordin Canada and others.

"To be honest the last couple of years I think we’ve all gotten comfortable with it being all hands on deck, and us as players being empowered to use our experience, to use our knowledge to help," Bird said.