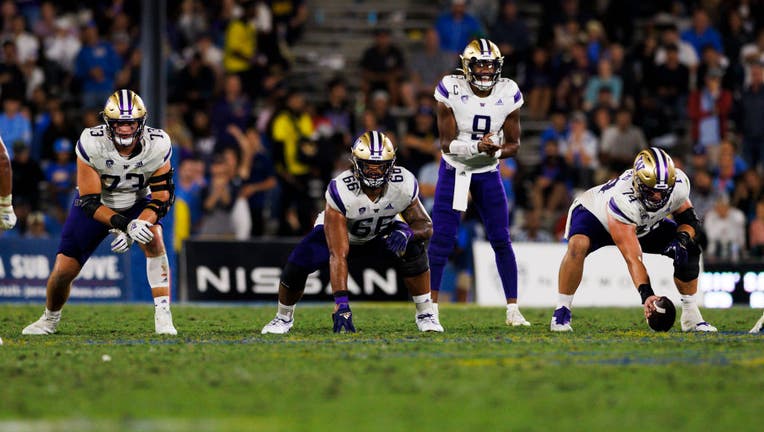 Penix was productive — just like he’s been all season — in last week’s 40-32 loss to UCLA, throwing for 345 yards and four touchdowns. But he also had a few mistakes, throwing two interceptions before leading a comeback in the second half.

"That’s what’s made him so successful. He learns from it," DeBoer said.

Washington (4-1, 1-1 Pac-12) now faces an Arizona State team that’s had a rough start to the season. The Sun Devils fired coach Herm Edwards after losing to Eastern Michigan on Sept. 17 and have lost two more games since elevating Shaun Aguano to interim coach.

Arizona State (1-4, 0-2) appears to be playing hard for Aguano and the team was competitive in last week’s loss to No. 6 USC before falling 42-25. Aguano said the game was a step in the right direction for the Sun Devils and they’ll need to be even better against the Huskies if they want to break their four-game losing streak.

Arizona State quarterback Emory Jones has been a bright spot for the team, especially considering the upheaval around the program. Jones — a transfer from Florida — has thrown for 1,061 yards, four touchdowns and three interceptions while also running for four touchdowns.

Jones’ athleticism could cause problems for Washington. The Huskies struggled to contain UCLA quarterback Dorian Thompson-Robinson at times during last week’s loss.

"He can throw it," DeBoer said. "They’ve got some skill around him, so many of the same thoughts when you get ready to play UCLA show up against Arizona State."

He’s thrown for at least 300 yards in every game after having just five games of 300 or more yards passing in his career at Indiana.

Last week was the first time Penix faced trouble when the Huskies struggled in the first half against UCLA. But Penix rebounded to pass for 212 yards and three touchdowns in the second half.

DeBoer and Aguano have known each other for years, dating back to when DeBoer was the offensive coordinator at Southern Illinois in the early 2010s.

DeBoer said coaching changes in the middle of the season are hard on players, but he hasn’t noticed much drop-off with the Sun Devils.

"It’s a clean slate for a lot of these guys, and that’s what a lot of interim coaches do, is wipe the slate clean," DeBoer said. "I think that might be a little bit of the situation here. They’re playing hard and they’re pushing teams like (USC) last week to the fourth quarter. They’ve got good players."

Washington’s pass rush was stymied by UCLA and needs to hope that was an outlier.

The Huskies had eight sacks in their win over Stanford two weeks ago, but were only able to get to Thompson-Robinson once in the loss to the Bruins.

Bralen Trice leads the way for Washington with four sacks on the season, but the Huskies need contributions from Zion Tupuola-Fetui and Jeremiah Martin to make the rush work its best. Martin had the lone sack against UCLA.

Arizona State’s defense is led by linebacker Kyle Soelle, who has 56 tackles through four games.

That’s the most tackles in any four-game span for an Arizona State player since at least 2000.

Arizona State’s defense has been good at forcing turnovers through the air with at least one interception in every game this season. Soelle has two of them.

Arizona State has a 21-16 advantage in the series and has won 12 of its past 14 games against the Huskies.

Washington hasn’t won at Arizona State since 2001. The Sun Devils have won seven straight in Tempe.

Arizona State is trying for its 17th win over a nationally ranked opponent since 2012.

Cougs, Huskies fans get excited over the return of the Apple Cup

Fans are tailgating and heading to bars, getting ready to cheer on their team, after a year of no Apple Cup