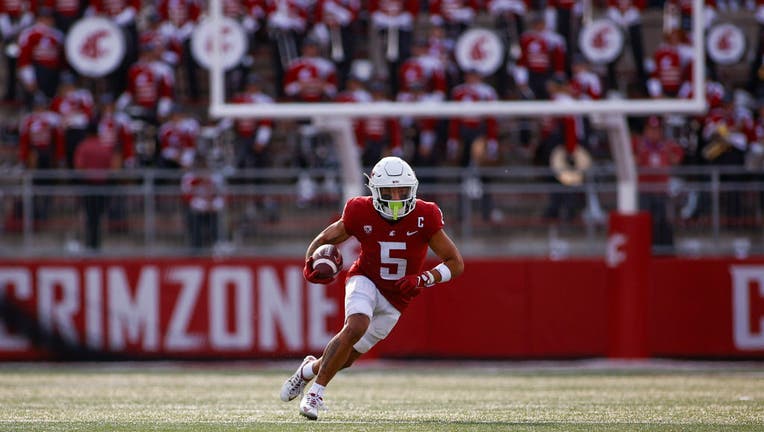 PULLMAN, Wash. - Two of the most impressive teams in the Pac-12 open the conference season against each other on Saturday. Oregon, which beat No. 12 BYU last weekend, is looking to continue its surge after an opening loss at No. 1 Georgia. Washington State looks to knock off a ranked team for the second time this season and enter the Top 25 for the first time since 2019.

Washington State’s imposing defense against an Oregon offense that scored on each of its first-half possessions against BYU. Oregon transfer quarterback Bo Nix completed 13 of 18 passes for 222 yards and Oregon rushed for 234 yards on 43 carries against BYU. Meanwhile, Washington State’s defense produced seven sacks and two takeaways in a 38-7 win over Colorado State. 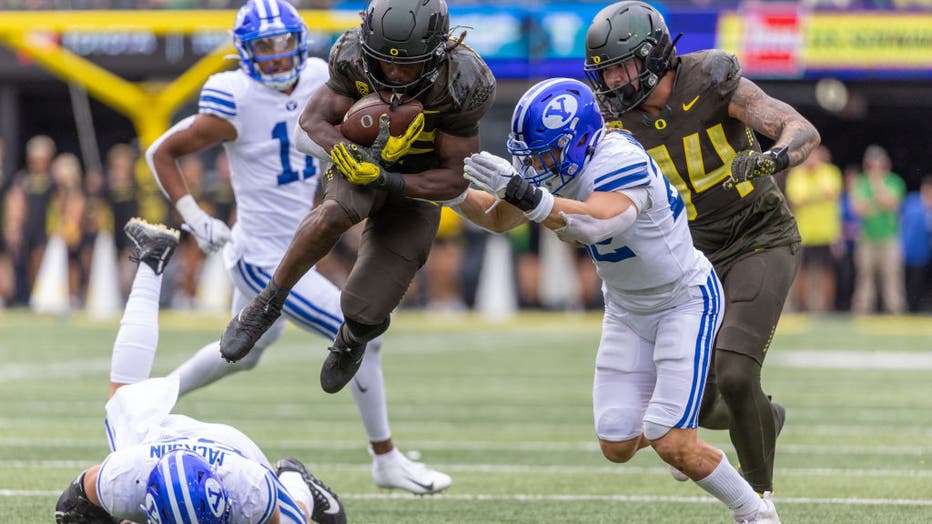 EUGENE, OR - SEPTEMBER 17: Running back Noah Whittington #22 of the Oregon Ducks leaps against the Brigham Young Cougars during the second half at Autzen Stadium on September 17, 2022 in Eugene, Oregon. (Photo by Tom Hauck/Getty Images)

Oregon: After struggling against Georgia, Nix has completed 80% of his passes for 499 yards and 10 touchdowns with no turnovers in the past two games. The former Auburn starter is the most skilled quarterback the Cougars have faced this season. He’s capable of making plays with his legs, scoring three rushing TDs versus BYU.

Ward is tied for second in the Pac-12 with eight touchdown passes while receiver Donovan Ollie is second with 19 receptions. Washington State last beat Oregon in 2018. Oregon, playing under first-year coach Dan Lanning, suffered a 49-3 defeat against then-No. 3 Georgia to open its season. The Ducks rebounded with a 70-14 blowout of FCS Eastern Washington before beating BYU. The Ducks’ veteran offensive line hasn’t given up a sack this season. Only four teams in the nation have yet to allow a sack. Oregon place-kicker Andrew Boyle played for WSU between 2019-21. He won the starting job coming out of fall camp last season but was sidelined by an injury.