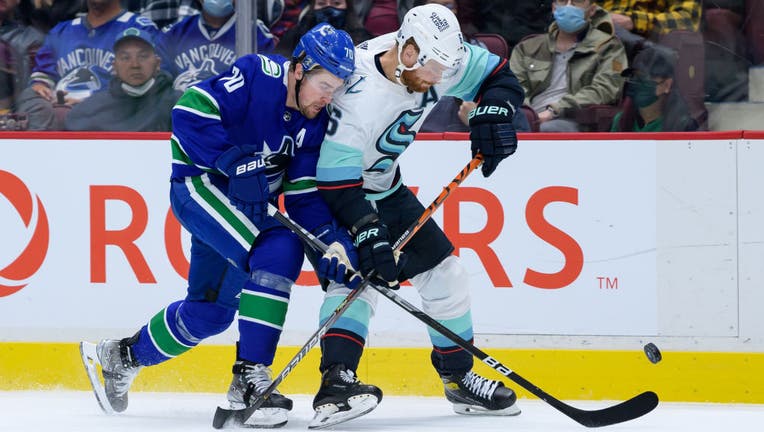 NEW YORK - The National Hockey League (NHL) announced Sunday they will postpone all cross-border games due to a wave of COVID-19.

League officials said they reached this decision after meeting with medical experts, citing an uptick in positive COVID cases and postponed games. The NHL and Players' Association announced they will continue to play the 2021–22 regular season schedule, and with most players, coaches and staff in the league being vaccinated, they can shut down specific teams on a case-by-case basis to prevent outbreaks.

But, due to concerns of cross-border travel and the ever-changing federal travel restrictions, all games between U.S. and Canadian teams will be postponed, effective Monday, Dec. 20 and lasting through Thursday.

As of Saturday, 27 games have been postponed due to COVID concerns.