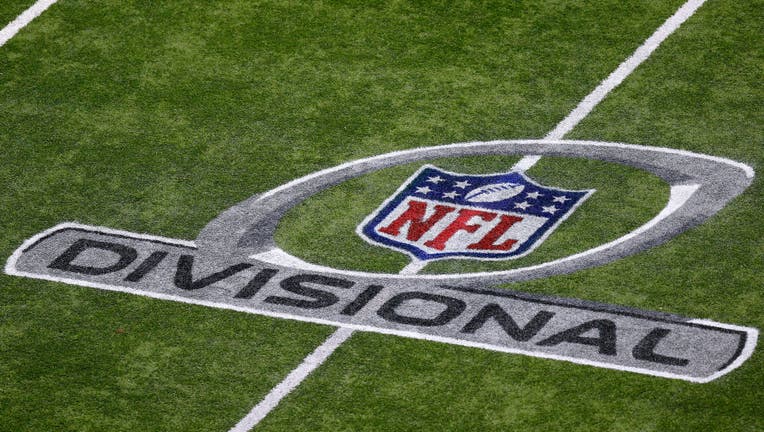 An NFL playoff logo is seen during the NFC Divisional Playoff between the New Orleans Saints and the Philadelphia Eagles at the Mercedes Benz Superdome on January 13, 2019 in New Orleans, Louisiana. (Photo by Jonathan Bachman/Getty Images)

And then, there were eight.

The NFL Playoffs have moved into the Divisional Round. After Super Wild Card Weekend, only eight teams remain in contention for this year’s Super Bowl.

The Divisional Round also means the top-seeds are taking the field for the first time this postseason. The Tennessee Titans and Green Bay Packers enjoyed a first-round bye last weekend after finishing with the best records in their conferences.

Here’s what you need to know about the teams, seeding, and the TV schedule:

The Bengals (10-7) are fresh off their first playoff victory in 31 years after besting the Las Vegas Raiders last weekend 26-19.

The Titans (12-5) are coming off the coveted bye week and will have home-field advantage on their side.

San Francisco (10-7) was the lone wildcard team to pull off a win last weekend. The 49ers beat the Dallas Cowboys 23-17.

The Buccaneers (13-4) made easy work of the Philadelphia Eagles last week, beating them 31-15.

Kansas City (12-5) didn’t find much resistance from the Pittsburgh Steelers last week — pulling away for a comfortable 42-21 win.