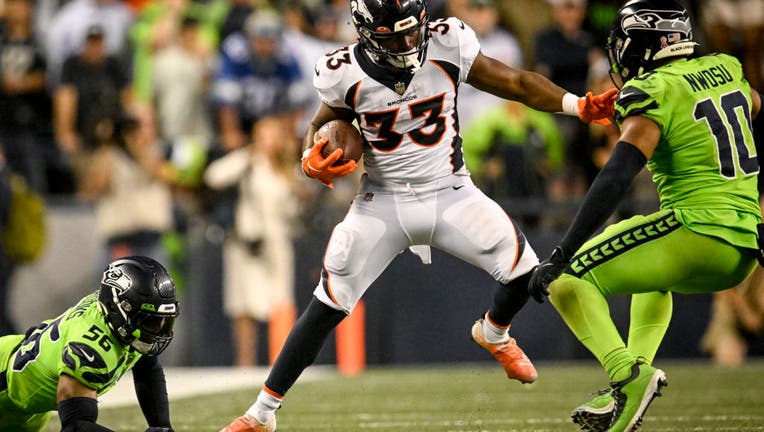 SEATTLE, WA - SEPTEMBER 12: Javonte Williams (33) of the Denver Broncos jukes as Uchenna Nwosu (10) of the Seattle Seahawks closes in after Jordyn Brooks (56) missed a tackle during the second half of Seattle's 17-16 win at Lumen Field on Monday, Sep

Seattle Seahawks outside linebacker Uchenna Nwosu was named NFC Defensive Player of the week after a stellar performance in Monday night's win over Russell Wilson and the Denver Broncos.

Nwosu had seven tackles, one sack, a pass defensed and a forced fumble.

"It was sensational, man," Nwosu said, according to Seahawks.com. "You hear about it all the time, but to experience it for yourself is something different. That crowd was amazing today, they were great for us. They really helped us out there. We appreciate them so much."

READ NEXT: Takeaways from Seahawks 17-16 victory over Broncos

Nwosu signed with the Seahawks earlier this year after spending four seasons with the Los Angeles Chargers.

Next week, the Seahawks head to San Francisco to face the 49ers in a game that you can see at 1 p.m. on FOX 13.