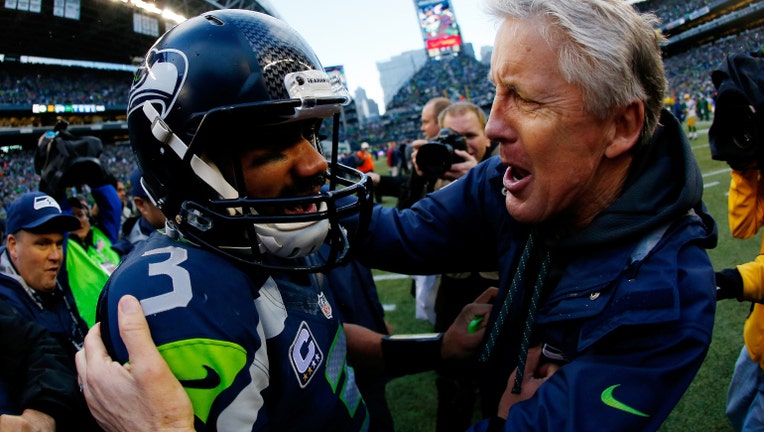 Head coach Pete Carroll and Russell Wilson #3 of the Seattle Seahawks celebrate after the Seahawks 28-22 victory in overtime against the Green Bay Packers during the 2015 NFC Championship game at CenturyLink Field on January 18, 2015 in Seattle, Wash

SEATTLE -- The Seattle Seahawks will face all AFC West teams in the 2015 preseason, the NFL announced Thursday.

The Hawks open the season at home against the Denver Broncos, before hitting the road to play the Kansas City Chiefs and San Diego Chargers, and then returning to Seattle to face the Oakland Raiders.

It's the 10th year in a row the Seahawks final preseason game will be against the Raiders.

Q13 FOX, the official home of the Seattle Seahawks, will broadcast the preseason games, except for the Aug. 29 contest against the Chargers which will be broadcast nationally.

The Seahawks finished the preseason with a 2-2 record last season.

The Hawks' regular season schedule is expected in the weeks to come.