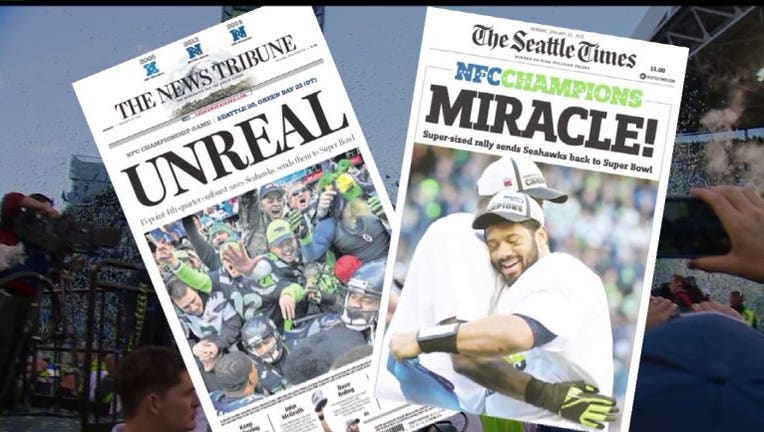 SEATTLE (AP) — Headline writers at newspapers across Washington used their biggest fonts to banner the Seattle Seahawks come-from-behind overtime victory over the Green Bay Packers Sunday to advance to the Super Bowl.

In Spokane, The Spokesman-Review said, "All the way back."

The Kitsap Sun said, "Meant to be."