Drastic changes could be in store for the collegiate athletics landscape.

The National College Athletics Association announced on Friday that its Board of Governors would convene a special constitutional convention in November, intended to propose "dramatic changes" to the NCAA Constitution.

The changes, which could be enacted at another convention scheduled for January, would reimagine aspects of college sports that would more effectively benefit current and future student-athletes, according to a press release.

"As the national landscape changes, college sports must also quickly adapt to become more responsive to the needs of college athletes and current member schools," said Jack DeGioia, chair of the Board of Governors and president of Georgetown. "This effort will position the NCAA to continue providing meaningful opportunities for current college athletes and those for generations to come." 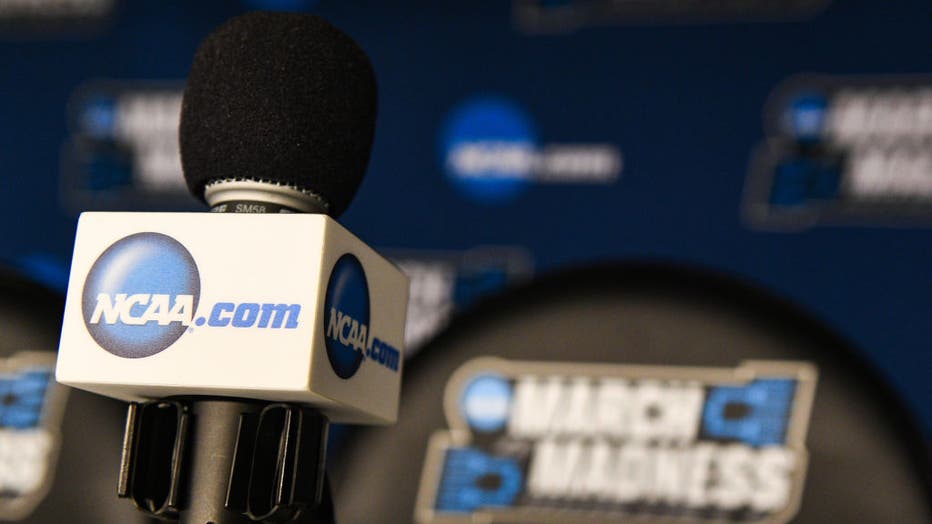 A microphone in the press conference room before the game between the Virginia Tech Hokies and the Liberty Flames in their NCAA Division I Men's Basketball Championship second-round game on March 24, 2019, at SAP Center at San Jose in San Jose, CA. (

A 22-member constitutional review committee featuring presidents, commissioners, directors of athletics and students from all three divisions of the NCAA will redraft the association’s constitution. They will consider the core principles that define college sports and construct a new governance model allowing for rapid change without sacrificing broader values.

"This is not about tweaking the model we have now," NCAA President Mark Emmert said. "This is about wholesale transformation so we can set a sustainable course for college sports for decades to come. We need to stay focused on the thing that matters most — helping students be as successful as they can be as both students and athletes."

Changes have been abundant in college sports in recent months. Student-athletes are now able to monetize their name, image and likeness. And the Supreme Court upheld a lower court ruling last month that barred the NCAA from limiting educations -related benefits — like computers and paid internships.

Just two weeks ago, Emmert said it was time to consider a decentralized and deregulated version of college sports that shifted power currently held by the NCAA to the athletic conferences and schools themselves. In Friday’s news release, Dr. Robert Gates hinted that was a direction the committee would be moving this November.

"Under the current structure, expectations for the Association vastly exceed its capabilities," said Gates, one of five independent members of the Board of Governors and former U.S. Secretary of Defense and former president at Texas A&M. "The NCAA has significant responsibility but little authority to fulfill those responsibilities. The broader Association cannot move quickly. Power is diffuse.

"Until we can better align the mission of the Association with its authority, the NCAA will not be able to play the role it should play in governing college sports. We cannot go on as we are."