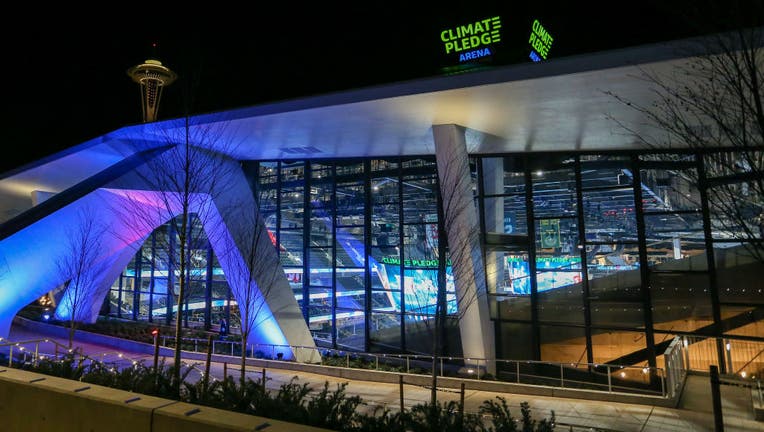 NBA commentator, podcaster and Ringer founder Bill Simmons said on his latest podcast episode with Ryen Russillo on Monday that he believes the NBA is looking to expand to Las Vegas and Seattle.

"I have some intel," Simmons began on his Monday podcast. "I think the [NBA] is going to expand to Vegas and to Seattle."

Seattle has been without an NBA team since 2008 when the Sonics were moved to Oklahoma City and rebranded as the Thunder.

"I don't care if it gets aggregated because I think I'm right," Simmons said.

"I think the NBA is looking at this going, ‘we can add these huge expansion things.’ I heard, combined, $6.5-7 billion for the two teams."

Though not a reporter, Simmons is well-connected in the NBA. He used to work for ESPN and was a part of their NBA Countdown coverage around the NBA, NBA Draft and NBA Finals for many years.

The Minnesota Timberwolves were the most recent NBA team to be sold. The team was purchased by Marc Lore and Alex Rodriguez for $1.5 billion in July 2021. The Brooklyn Nets went for a price of $2.35 billion in 2019.

With expansion teams diluting the ownership pie with two additional slices from league revenue, the price tag to enter the league would be expected to far surpass that of the Nets sale in 2019.

"Let's say it's $3 billion for Vegas and $3.5 billion for Seattle. $6.5 billion combined," Simmons said. You're talking 30 teams splitting the $6.5 billion for those two entries. So you're just getting a free check for $200 million-plus each, [Eds note: $216.67 million per team] which would kind of cover a lot of the attendance stuff they lost over the last two years.

"Now they could also rig it, and they've done this in the past with the expansion teams where it's like you don't get to participate in the media rights for two years, three years, whatever. So they could put that wrinkle in, as well."

Simmons said he believes the Fenway Sports Group, which owns the Boston Red Sox, Pittsburgh Penguins and Liverpool F.C., would be the leading contender with the Las Vegas franchise. He also expects LeBron James to somehow be involved in the endeavor as well.

With Seattle, Oak View Group CEO Tim Leiweke – who led the efforts to rebuild Climate Pledge Arena at Seattle Center – have said they have been in contact with the NBA about their desire to bring basketball back to town at the new arena. The arena was built with room for basketball locker rooms in addition to the locker room used by the Seattle Kraken and NHL. Leiweke has said they will follow the direction of NBA commissioner Adam Silver.

"When the day comes, we're going to begin the process. I am 100 percent certain we're going to get the Sonics back and they will be playing within the timeline the league outlines at Climate Pledge Arena."

One of many reasons for the Sonics departure in 2008 was the inadequacy of KeyArena to serve modern NBA requirements, both functionally and in generating revenue streams for ownership. Climate Pledge Arena would solve all of those problems for a prospective NBA owner in Seattle.

"We talked about expansion last year. I think it is officially real," Simmons said. "And in rich guy circles, there's a lot of people jockeying [for the chance to join the league]."