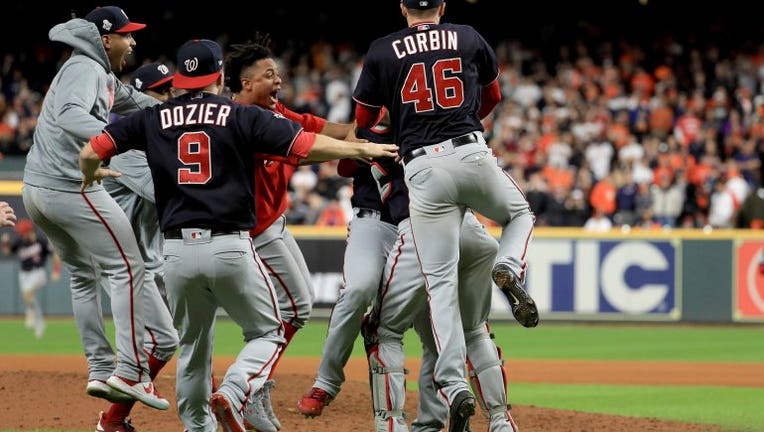 HOUSTON (AP) — Howie Kendrick and Anthony Rendon homered in the seventh inning as the Washington Nationals overcame a two-run deficit, rocking the Houston Astros 6-2 on Wednesday night in Game 7 of the World Series to win the first title in franchise history.

With all eyes on Max Scherzer and his remarkable recovery after a painkilling injection, these Nationals embraced their shot in a Series when the road team won every game. Even more against the odds: Juan Soto and Washington rallied from behind to win five elimination games this postseason.

Stephen Strasburg, Patrick Corbin and the Nats brought the first World Series championship to the nation's capital since ol' Walter Johnson delivered the crown for the Senators in 1924.