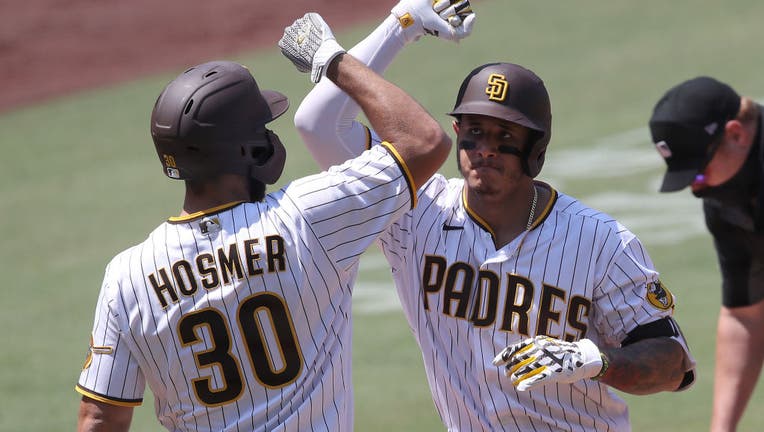 SAN DIEGO - Wil Myers hit a walkoff three-run homer with two outs in the seven-run seventh inning for the San Diego Padres, who got two homers and four RBIs from Manny Machado in beating the Seattle Mariners 10-7 in the first game of a doubleheader.

The first game was a makeup of Wednesday night’s game, which was postponed after the Mariners voted unanimously not to play as a protest of the shooting of Jacob Blake in Kenosha, Wisconsin.

The Mariners have the most Blacks in baseball, eight on the active roster and 11 on the 40-man roster. San Diego rallied from a 7-3 deficit to stun the Mariners.