SEATTLE - The Seattle Seahawks have had a nasty habit of starting slowly. If their debut at Atlanta last weekend is any indication, Pete Carroll and Russell Wilson have the motors revving from the jump.

Few teams were more impressive than Seattle as the NFL season began. Baltimore, Kansas City and Green Bay — all 2019 powerhouses — belong in the same conversation, yet those clubs didn’t suffer from the malaise that often forced the Seahawks to play from behind.

If Seattle has put such issues behind it, then Cam Newton and the New England Patriots have quite the challenge in a second straight delicious Sunday night matchup.

“Really, I see it playing to our strengths,” Carroll says, and his team showed plenty of strength in most areas in the opener.

GET THE Q13 NEWS APP FOR BREAKING SEAHAWKS ALERTS 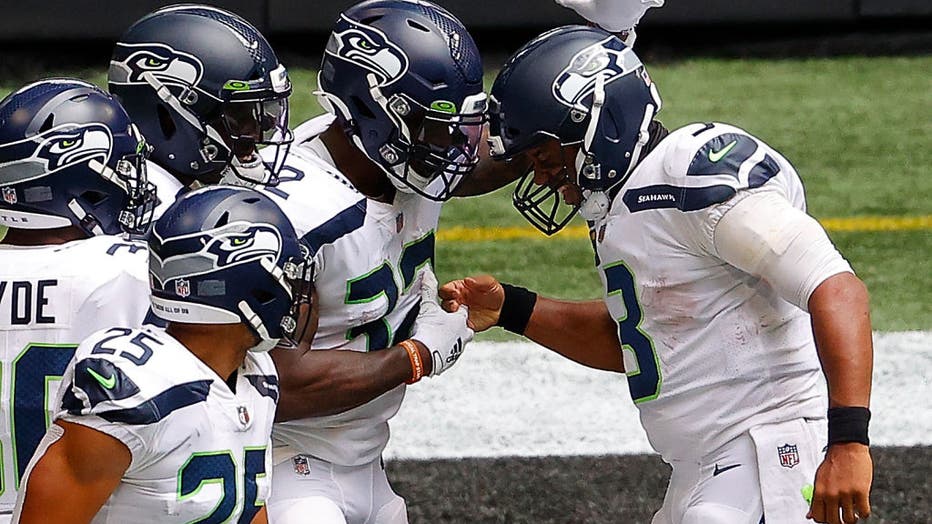 ATLANTA, GEORGIA - SEPTEMBER 13: Russell Wilson #3 of the Seattle Seahawks celebrates with Chris Carson #32 after a touchdown against the Atlanta Falcons at Mercedes-Benz Stadium on September 13, 2020 in Atlanta, Georgia. (Photo by Kevin C. Cox/Getty

“And if you know your philosophy then you have a way to figure out your answers. If you don’t have a good, solid philosophy and a good baseline, then you’re shooting from the hip all the time and you’re going to be up and down, you know?”

All of New England knows that a victory at Seattle, even with the 12th Man silenced by the coronavirus pandemic, would be a strong sign the Patriots are in good hands with their new quarterback.

“This was not the same offense we’ve seen in the past,” Carroll says of the Patriots. “They’ve obviously done a lot of work to the tailor it to him and make sure he’s a big part of.”